Home>Articles on Maldives>Coat of arms of Maldives: photos, value, description

Coat of arms of Maldives 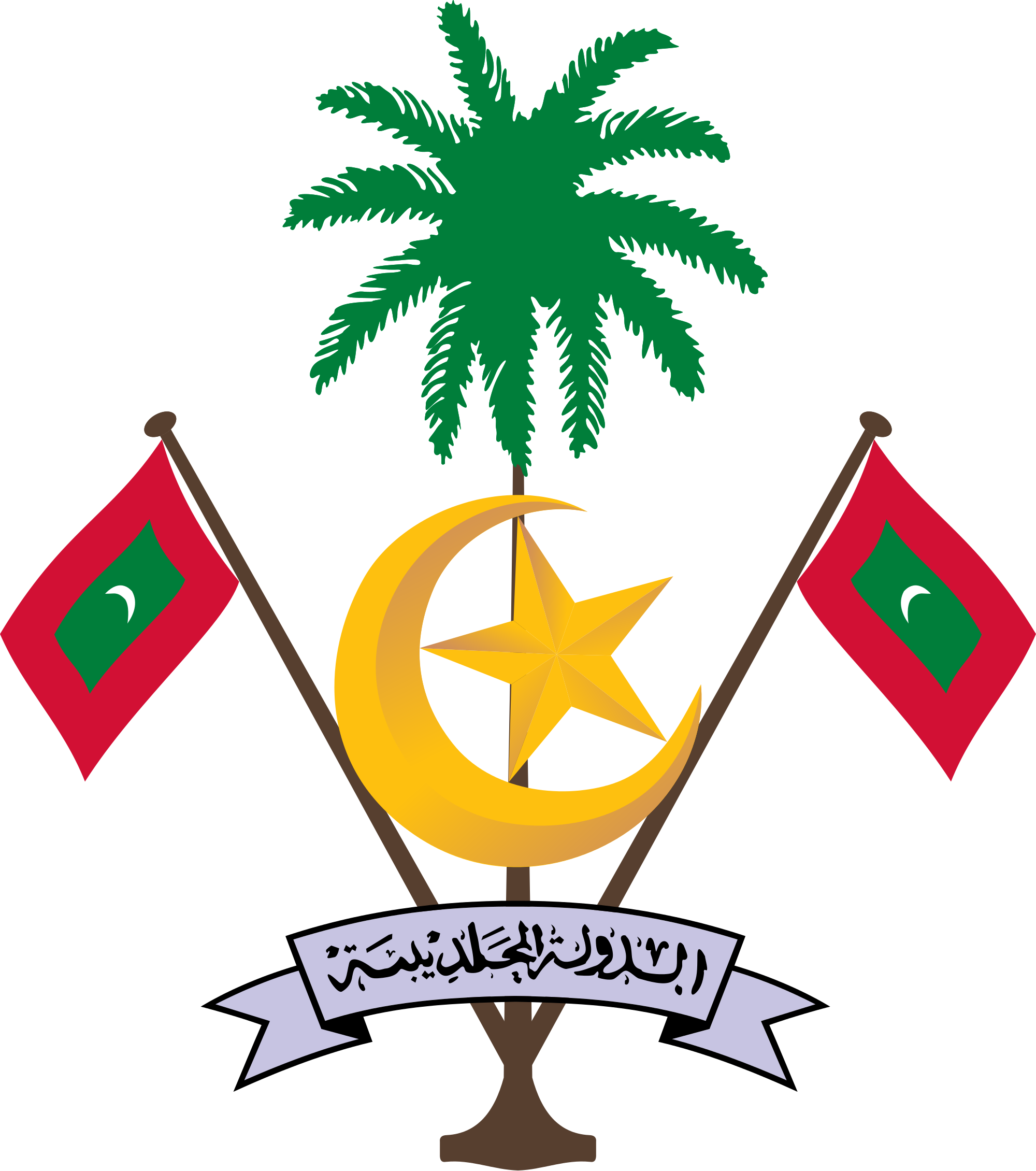 If you look at the coat of arms of the Maldives, the right canIt seems that he painted children's inexperienced hand, because uses simple symbols, original composition and bright vivid colors. On the other hand, for the artistic naivete and simplicity is a very deep meaning.

Maldives - one of the states thatplanet, conveniently located on the Indian Ocean atolls are not seeking someone or something to prove or assert themselves at the expense of its neighbors. In its natural wealth and spiritual conquest of the main official symbol reflected.

Key elements of the coat of arms:

Palma and national flags have onebase. Called roll located on the coat of arms, unlike most other countries the official emblems, where the name is not closing the central elements and situated below or on the sides of the compositions.

The inscription is made in Arabic, whichIt considered official in the Maldives, and naskh Arabic style. This is used not the modern name of the state, the Republic of Maldives, and the one that used the travelers from the East, to get to those edges.
Faith and nature

In this state, Islam is considered the officialreligion, most of the inhabitants profess Islam. This explains the appearance of the coat of arms of the country of the universal Islamic symbol, the crescent and the accompanying star.

They belong to the oldest symbols of the peoples of Asia,associated with the pagan cult of the moon. Crescent and located between its horns an asterisk in many nations act as a sign of happiness. This logo, except the Republic of Maldives, appears on the arms of many other Islamic countries as well as Singapore and Nepal.

The main thing - the coconuts!

Coconut tree, according to local residents,the main source of the nation's existence. Wood plays an important role in the national economy and the lives of ordinary citizens, who in ancient times learned to use every part of the tree, not only in the home or the food industry, but also in shipbuilding, medicine.

And the most valuable commercial product obtainedcoconut - is copra, the dried inner part of the fruit. Coconut water and oil are used in various industries, in food industry, medicine and cosmetology.