Home>Articles about Mauritius>How to fly from Mauritius to Moscow? Time of flight Mauritius - Moscow

How to fly from Mauritius to Moscow? Time of flight Mauritius - Moscow

How to fly from Mauritius to Moscow? 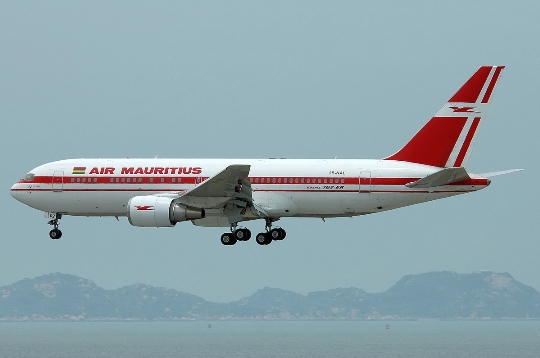 In Mauritius, you could go scubaswimming, enjoy the seven-colored dunes of Chamarel, catch tuna fishing, organized in the open sea, to stand on the edge of the crater of extinct volcano, visit the bird park, "Caselle", or perhaps a honeymoon or celebrate a wedding anniversary? But the holiday is over and it's time to think about the way back.

How to fly from Mauritius to Moscow on a direct flight?

Mauritius and Moscow shared the almost 8700 km, so the homecoming will take 10-12 hours. For example, with "Transaero" your journey will take 10 hours and 25 minutes.

Mauritius Flight to Moscow with transfers

Since the non-stop flights from Mauritiusperformed not all year round, and especially not every day, then you can get to Moscow, using connecting flights to Milan, Frankfurt, Paris, Dubai, but in this case, the return to their homeland may take 15 to 33 hours. So, going to make a connection in Dubai ( "Emirates"), you can expect to be in Moscow after 16 hours in Paris ( "Air France") - after 28 hours in London ( "British Airlines") - by 18.5 hours , Frankfurt am Main ( "Aeroflot") - after 30 hours.

When choosing the airline should pay attention tothe following carriers (with them you will fly on a Boeing 767-200, Airbus A 321, Boeing 777-300 and other aircraft), "Transaero"; "Air Mauritius"; "Emirates"; "Lufthansa"; "British Airlines".

Registration on a flight to Moscow Mauritiuscarried out at the international airport Sir Seewoosagur Ramgoolam, located 46 km from the island's capital (Port Louis), so it is advisable to take care of the transfer in advance, and even better - at a stage of flight booking.

Airport infrastructure allowstravelers use ATMs, to look into the duty-free shops, to satisfy hunger in food establishments. Important: You should keep in mind that the departure from the island to the airport travelers are charged a fee of $ 20.

Education in France. Study in France - ...