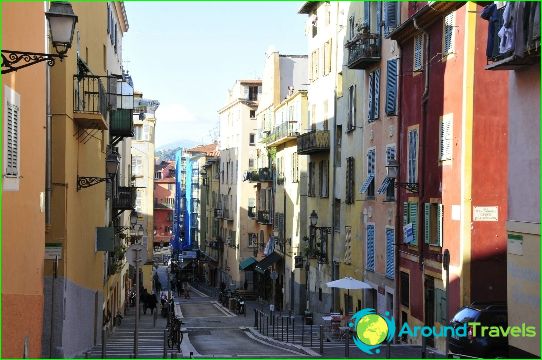 Once for the right to possess this land foughtItalians and French. As a result of this rivalry was born Monegasque people - the indigenous inhabitants of the Principality of Monaco. Today the territory of one of the tiniest countries in the world is the important centers of different traditions, each of which is an integral part of a rich and diverse culture of Monaco.

The icing on the cake slice

It was so named at the beginning of the twentieth century the marriage of PrinceRainier III and film star Grace Kelly, which further emphasized the glamorous image of the dwarf state. The prince took the Grimaldi dynasty in its bosom a stranger, thereby putting a point on the previous conventions and prejudices. Since then, Monaco - it is not just the oldest casino in Europe and the Côte d'Azur marinas full of luxury yachts, but also the Formula 1 race, fashion boutiques and anonymous bank deposits.

In the culture of Monaco is great importanceRights of indigenous population. Monegasques today there are no more than seven thousand, but each of them, according to tradition, is exempt from taxes and enjoy many more benefits.
Men-Monegasque revered white clothes, because they consider it a symbol of nobility and honor. The main temple is dedicated to Monaco Saint Devote - Corsican martyr and patron of the principality.
Although dwarfed the size of the state, it is traditionally the army there. The number of troops is not more than a hundred people in it, and even the military band of Monaco is more numerous.

Culture of Monaco - a famous opera hallGarnier, built by the same architect as the eponymous building in Paris. In the hall of Garnier is not only philharmonic orchestra, but also foreign world-class stars. Here shone Chaliapin and Caruso, Pavarotti and Domingo. It is popular among residents of Monaco and Russian ballet, because once Diaghilev troupe was created in this room.

Under the wing of Jacques-Yves Cousteau

For many years, the Oceanographic MuseumMonaco, founded in 1889 by Prince Albert, led by the world-famous explorer of the seas and oceans, Jacques-Yves Cousteau. The museum's collection is not only different types of marine life, but also models of ancient and modern ships, tools and weapons. Live exhibits in aquariums - more than four thousand species.

Holidays in Germany in September: price ...

Holidays in the UK in September: price ...