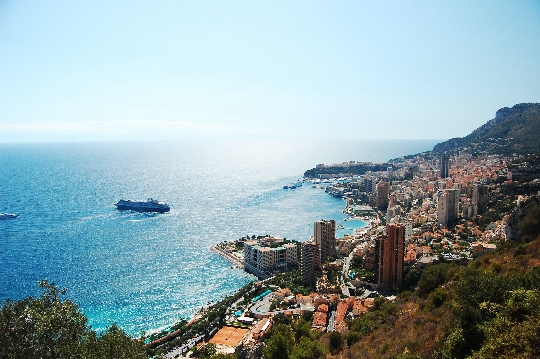 The tiny principality on the Mediterranean Sea- State exceptional in all respects. Its area is barely more than two square kilometers, which is focused on high life and a lot of expensive for those who do not particularly accustomed to count money. Monaco Beach Resort and its famous casino, the most important stage of the championship Formula 1 and Rally Monte Carlo regularly attracts like a magnet and held wealthy travelers who prefer the fun category "lux".

The Monte Carlo Casino is desirable to come toevening gowns, because the history of this gambling club, as well as its tradition, takes one and a half centuries ago, when the Principality has decided to raise its own revenues such an unusual way. The tradition of playing in Monte Carlo has taken root, and the casino as before is the place to try to argue with the fate of thousands of visitors from around the world.
From 9.30 to 12.30 rooms in the casino can be reached with the individual or group excursion. 14.00 After starting the game, and the entrance is made possible only for individual clients. At the entrance to the main and oldest gaming house in Europe may be asked to provide identification, since it is not allowed to visit persons under 18 years of age.

Racing Grand Prix Formula 1 - a popular sportan event that makes the resort of Monaco to wake up and give a start. Participants are only the best pilots of the world, but because the spectacle is brilliant and inimitable. In recent years, the Russian Formula 1 racers are increasingly flicker in lines rather high rating protocols, but because at the domestic tourists in May, there is a real chance to cheer for her at the stage of the Formula 1 in Monaco.

On the territory of Monaco resort throughout the year there are numerous festivals and celebrations, but because your visit to coincide with the Principality may be of interest to you is: