Home>Articles about Mongolia>Coat of Arms of Mongolia: photo, value, description

Coat of arms of Mongolia 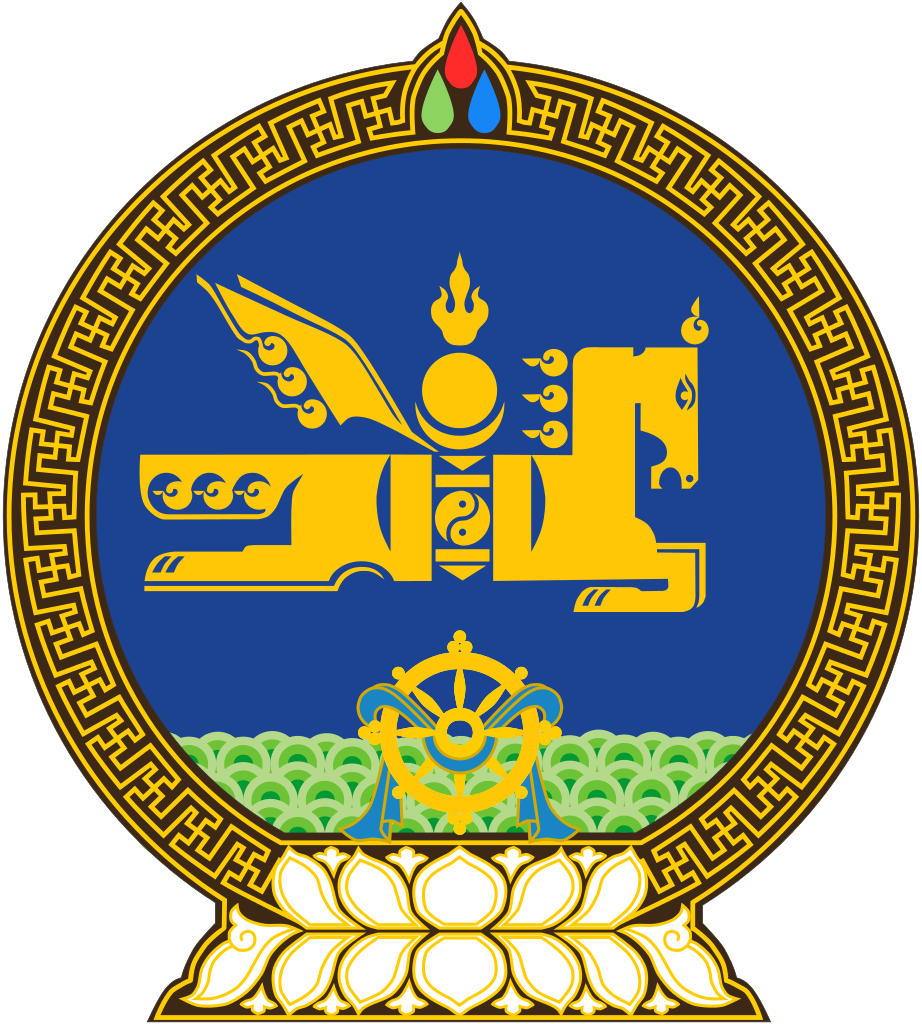 If you ask the modern citizen of Russia asMongolia looks emblem or flag, or which way the development of the country is, it is not everyone will be able to answer. The only thing that can recall that in Soviet times there was the Mongolian People's Republic, has chosen socialism.

The oldest coat of arms in the territoriesIt existed in the time of the Hun State and was a golden sun and golden crescent. On the other symbols of history is silent. But the twentieth century in Mongolia is characterized by frequent and dramatic changes of the main symbols of the country:

National symbols on the modern coat of arms

Home Mongolia emblem appeared not so long ago,in 1992, and it marked the beginning of a new stage in the life of the country after the disappearance of the MPR. The new main symbol of the country reflects the ancient signs, filled with deep meaning, and primary colors.

Coat of arms located on a background of azure circle, color,of course, refers to the sky. On the contour of the circle pattern passes the golden color, which is called "tumen Noosa", symbolizes the unity of the Mongolian nation. Central to the Mongolian coat of arms occupies a stylized figure of a stallion, at the same time being a national emblem Soyombo. Since ancient times, the horse to Mongolia - a friend, helper, savior, breadwinner. Therefore, this animal symbolizes the image of Mongolia's independence, its sovereignty and right to free choice of development path.

In addition, the modern coat of arms of Mongolialocated, and other important signs and talismans. For example, in the upper part there was a place for the "Cintamani" - a talisman that can meet the desires, he also refers to the past and the present and the future.

Many Russians consider Mongolia plainsterritory, almost continuous desert. But here there are also mountains, which are very proud of the locals. For this reason, and placed them on the arms, in the lower part. Here is another important symbol - wheel (Dharmachakra), referring to the Buddhist religion, professed by most of the country's population. Ritual scarf, called Hadak, winds around the wheel.

Airport Ivanovo diagram photo. How to get ...