Articles about Montenegro
by Kristian 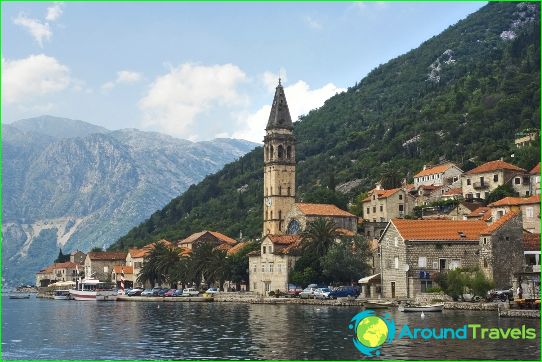 This state is located in the Balkans,surrounded by neighbors, countries that were once republics united federation. And because in the culture of Montenegro can be found similar to the Bosnian or Croatian customs and peculiarities. Kitchen & national costumes, festivals and music of the Balkan countries also have much in common, but the language barrier for residents of Russia while traveling on Montenegro looks quite arbitrary.

It is this comparison comes to mindart historians who study the culture of Montenegro. For many centuries, the country produces its own traditions, its inhabitants are engaged in different kinds of folk art, composed music, wrote the book and created a magnificent architectural masterpieces.
Even in the times of ancient people on the territory oftoday Montenegro there were the first settlements and historical treasures found by archaeologists suggest that the company had already created the first cultural masterpieces. Ceramic vessels with stucco or painted ornament, architectural fragments of ancient basilicas and carved decoration surviving architectural landmarks in the first Slav settlements - examples of bright and original culture, nascent at the foot of Black Mountain in the beginning of a new era.
Centre for Medieval prosperity of Montenegro culture was the city of Kotor, whose historical center is taken under the protection of UNESCO and listed in the list of World Cultural Heritage.

Churches and Their Significance

Influence of Byzantium impact on the development of cultureMontenegro in a special way: on its territory were built Orthodox churches, of which there are several hundred today. The most important preserved sights of Montenegro become the object of attention of many visitors to the country:

The earliest handwritten literary masterpieces of thewhich is known today, appeared on the territory of modern Montenegro already in the tenth century. Then, after five hundred years, we began to print books, and the first such product was the Psalter. In the monasteries of the country kept hundreds of medieval manuscripts, which are an important part of culture of Montenegro.