Holidays in Morocco in April 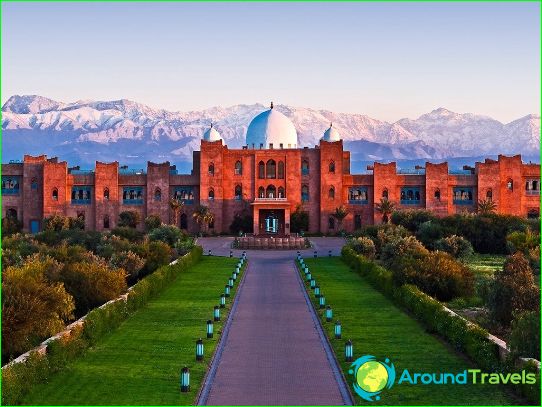 Central month of spring in Morocco marks the arrival of the high season. Every day can be seen as an increasing number of guests in hotels and getting crowded on the coast.

Holidays in Morocco choose those experienced in Apriltravelers who do not like very hot weather, do not pursue a tan. Moroccan tourists in April attracted because of the warm, but not scorching weather, and the ability to travel around this ancient and beautiful country.

Weather in Morocco in April

weather conditions may vary greatly incoastal zone, in the desert and mountain terrain. Temperature bars across the resort cities of Morocco are frozen for about one mark - from +21 ° C (Fez, Agadir) to +23 ° C (Marrakech). In Casablanca, which we all remember the famous film, a little colder, +18 ° C.

Moroccan beaches stretch sufficiently large strip along the Atlantic coast. In April, the water temperature is, of course, is far from the record, and fresh milk, but it allows you to take the sea baths.

Purchase a beautiful tan - a matter of just a few days, and then you have to be careful with the active spring sun and to use protective equipment.

Most come here in April with a dream aboutinformative tour routes. One of the trips, for example, may be associated with the capital of the kingdom - Rabat, which is also included in the cohort Moroccan "imperial cities".

In the capital you can see the amazing cocktail of architecture from different eras and styles. A dream of the eastern Moroccan coloring finally reach the goal.

Places in Rabat, worthy of a visit: