Home>Articles about Nepal>Coat of arms of Nepal: a photo, a value description

Coat of arms of Nepal: a photo, a value description 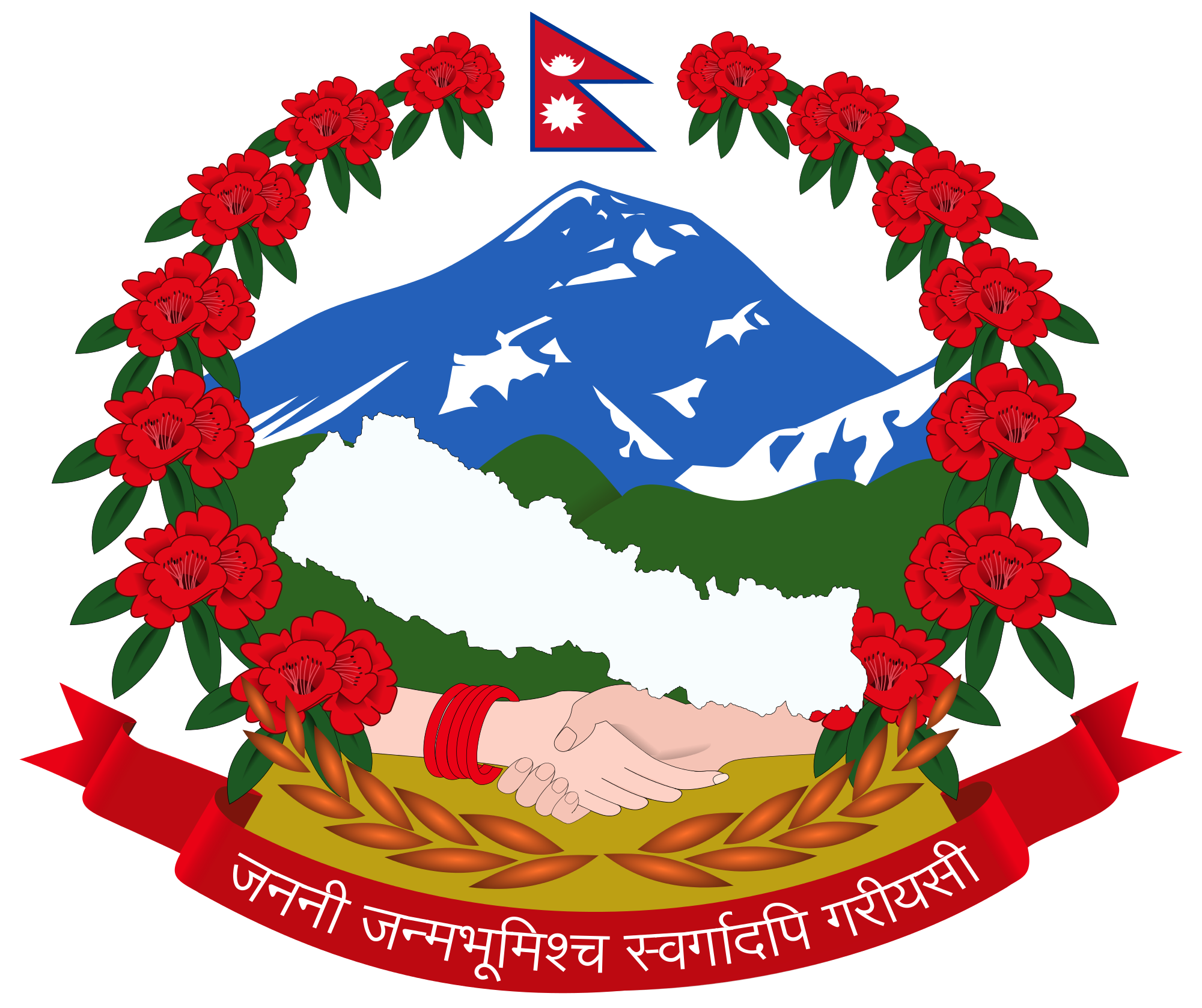 This is a very unusual and interesting coat of arms. Coat of arms of Nepal - this image of Mount Chomolungma, Nepal flag, green hills symbolizing the hilly mountain area of ​​the country. Shown are also men's and women's hand as a symbol of the consent, equality of the sexes.

A large number of yellow color on the emblem chosen by chance, as it shows the fertility and wealth. Used and Nepali national symbol - a garland of rhododendrons.

Features of the modern Nepalese Emblem

Nepal Coat of arms was approved in 2006, the reasonfor this was a civil war in the country. Stamp of Nepal color is dark red. National emblem of Nepal contains an inscription in Sanskrit - ancient Indo-European language. The inscription translated means "Motherland is greater than heaven." The text of the motto is taken from the works of "Anandamat" included in "Ramayana".

Coat of arms of the Kingdom of Nepal

From 1962 until the end of 2006 was used in the countrycoat of arms of the Kingdom of Nepal. This emblem was a white cow image, Himalayan pheasant, sun, moon, men with knives Kukri and a rifle. Furthermore, this emblem used two intersecting flag. These characters are mythological significance. So, in the emblem used by the image of the mythical deity Gorathaka. The image of the royal headdress is a symbol of the power of the royal authority.

Armed soldiers are on this coat of armspowerful army of characters and willingness to reflect external threat. And the fact that the soldiers rifle modern, indicates again a strong army. The coat of arms of the Kingdom of Nepal was also used heraldic inscription in Sanskrit language.

Coat of 1935 contained many religioussymbols. In connection with the transition to a secular state such characters have become obsolete. Now, this is history. At the top of the coat of arms has a monarchical Nepal knife kukri image. They were framed by the country flags. The image of the heavenly bodies - the Sun and the Moon - there are also on the national flag of the country.

All Nepalese King is the embodiment of GodVishnu on earth. Their title - a "king of kings". King was a symbol of the Nepalese people and the guarantor of its prosperity, security. Today in Nepal there is a monarchy, but kept the arms with ancient and interesting tradition.

Airport in Krasnoyarsk: diagram photo. How to get ...