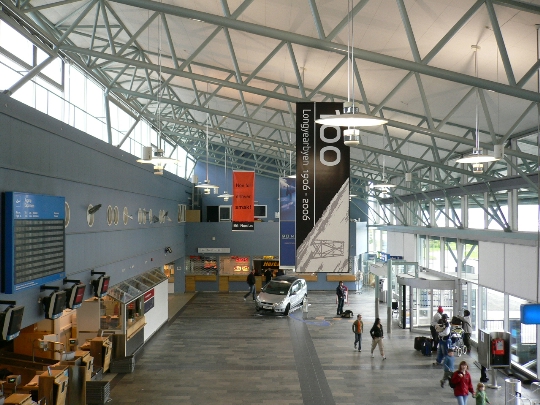 In the country of fjords, Russian travelers oftenfall into the sea within the cruises in Scandinavia, but also airports in Norway are ready to accept all who wish to enjoy the beauty of the north. Direct flights from Moscow to Oslo SAS and perform "Aeroflot" and the time spent in flight, will not exceed 2.5 hours. European carriers often offer cheaper options. In this case, the flight on Finnair or Estonian Air wings will take at least 4 hours.

The international airports in Norway

In addition to the capital Oslo Airport Garder, international status is assigned to the Viking country even more:

The main air gateway of the country are built infifty kilometers north of the capital city and transfer to provide high-speed trains Flytoget, overcoming the distance in less than half an hour. Directly from the terminal you can go by train in Lillehammer - the capital of winter sports in Norway.
On the airfield in Oslo based nationalcarriers SAS and Norwegian Air Shuttle, and among the international destinations - not only the most European capitals, but also the countries of Asia and North America.
The area occupied by duty-free shops in the Norwegian capital's airport is the largest in Western Europe.
In addition to the main air gate of the capital Oslo Airport is served by two more: