The history of Oslo. The base development, occurrence of Oslo 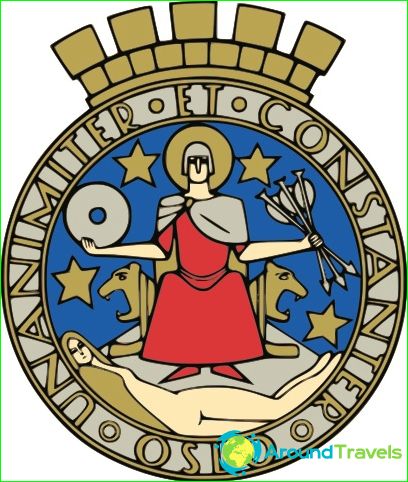 Oslo - the capital and largest city of Norway, andas its financial, political and cultural center. Oslo has the status of "global city" in the global sense. The city is located at the northern tip of the picturesque bay of Oslo fjord (despite its name, is not a fjord in the geological sense) in the south-eastern part of Norway.

"Scandinavian Saga" tells that the city wasIt founded around 1049 by the Norwegian King Harald III (Harald Grozny). Recent archaeological research also identified a number of Christian graves dating from about the year 1000, and to suggest the existence here of an earlier settlement. In 1070 Oslo got the status of a bishopric.

Around 1300, during the reign of King HakonV the city became the capital of Norway and permanent royal residence. Akershus Fortress construction began in the same period (today - one of the main attractions and the old buildings of the Norwegian capital). In 1350 Oslo experienced a severe outbreak of plague that took many lives, and in 1352 the city thoroughly damaged by fire, which, however, is understandable, since the construction of buildings, as a rule, used exclusively tree.

In 1397, the Kingdom of Denmark, Norway and Swedenin contrast to the ever-increasing influence of the Hanseatic League entered into a so-called Kalmar union, in which the leading role was played by Denmark. Monarchs settled in Copenhagen and Oslo has lost its meaning, becoming merely a provincial administrative center. In 1523, union broke up, but in 1536 Denmark and Norway were united again, with all the leading positions were assigned to Denmark, Oslo and Copenhagen remained in the shadows.

In 1624 Oslo was actually destroyedanother strong fire. King of Denmark and Norway, Christian IV ordered to rebuild the city, but few moving it to the fortress of Akershus. A prerequisite was the construction of buildings made of stone. The new city was laid out clearly and fully in line with the new trends of urban development of the Renaissance with wide streets, crossing each other at right angles, and clearly demarcated neighborhoods, and therefore this part of the city and today is often called "squaring". In honor of the King of Oslo it was renamed and became known as "Christians."

In the 18th century, thanks to rapidly developingShipbuilding and commercial relations of the city's economy has reached unprecedented heights and soon Christiania has become a major trading port. In 1814, the signing of peace treaties Kiel ended the Anglo-Danish war, and ended its existence and the personal union of Denmark and Norway. Denmark "passed" Sweden Norway, which itself was not entirely justified, since "personal union" does not imply the subordination of one state to another (despite the fact that the union Denmark, Norway has always dominated the first). This led to unrest, declaration of independence and the adoption of the Constitution of Norway, which caused a brief military conflict with Sweden ended the signing of the Swedish-Norwegian union, under which Norway retained its own constitution and independence. Christiania is officially became the capital of Norway.

The acquisition of Norway's relative independence,and the Christians of the capital status largely determined the fate of the city and gave a powerful impetus to its development. Building and industrial boom engulfed the city in the 19th century significantly changed its size, appearance and the number of population. In the period from 1850 to 1900. the city's population grew from 30,000 to 230,000 (mainly due to the inflow of labor from the provinces). The rapidly developing city and continued in the 20th century.

In 1877, the "Christian" name of the city was officially changed to "Christiania". However, already in 1925, the city regained its original name - Oslo.

Power in Iran. Prices for food in ...