Manila - the capital of the Philippines 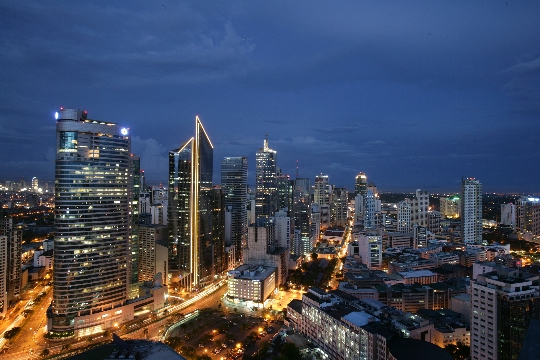 Philippines - an island nation in the PacificOcean, whose capital is the city of Manila. The main town of the country is located on the shores of Manila Bay. The capital of the Philippines - the second largest city of the country's inhabitants. In Manila, home to more than 1.6 million people.

Manila is the oldest city in the PhilippinesArchipelago. There are many interesting places, but most tourists are interested in local sacral facilities. Many of them are architectural monuments:

The history of the capital

The city was founded in 1571 by the Spanishconquistador named Lopez de Legazpi. The first time on the territory of the settlement inhabited mostly Spaniards. The city became the official capital of the archipelago in 1595. In Manila was a tough story. There have been many wars and conflicts.

Manila in the twentieth century

In the late nineteenth century, the archipelago wascaptured by US forces. They found here a rigid and arbitrary power that ruled in this way before the beginning of the twentieth century. World War II was a real challenge. All the islands came under the power of Japan. Residents of the islands with the Americans were categorically against the Japanese invaders. From November 1944 to February 1945 in the capital were terrible events - the Japanese army killed more than a hundred thousand civilians. In February and March of that year it took place a battle that went down in history as the Battle of Manila. Almost the entire city was destroyed by bombing.

In October 1975, the eyes of the world were againglued to the Philippine capital. It is here held a third fight between Joe Frazier and Muhammad Ali. Due to the peculiarities of the climate battle it was very hard and went into the boxing history as the "Thrilla in Manila".

Inspection of Simferopol area. List of the best viewing points ...