Home>Articles on Philippines>Islands of the Philippines: photo. Popular Philippine Islands

Islands of the Philippines 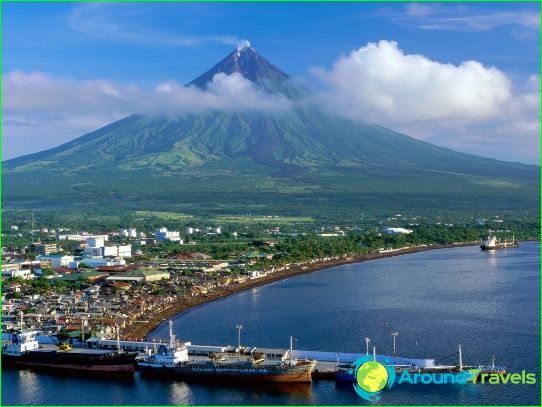 In South-East Asia is RepublicPhilippines, consisting of many islands in the Pacific Ocean. The state occupies a vast area between Taiwan and Indonesia. The islands of the Philippines are part of the Malay Archipelago. The largest of them are Luzon, Samar, Mindanao, Palawan, Leyte, Negros, Cebu and others.

The archipelago stretches for 2000 km from north to south and900 km from west to east. Northwest Territories Philippines washes the South China Sea, the southern - Celebes Sea, east - Philippine Sea. Islands of the Philippines is geographically divided into large groups: Mindanao, Visayas and Luzon. The country has used the administrative division of the territory into provinces and regions. The starting point of the trip to the islands is Manila - the capital and the center of historical and cultural tourism and shopping. Good rest assured tourists on the islands of Cebu, Boracay, Palawan, Bohol and others.

The terrain is mountainous islands. The highest point is the Mount Apo in Mindanao. In the Philippines, all mountain ranges are of volcanic origin, as the archipelago is included in the Pacific Ring of Fire. For this reason, in the area marked by high seismic activity. Features islands - volcanic formations and deep depressions. Philippine Trench has a depth of about 10 830 m. It passes near the island of Mindanao.

Islands of the Philippines located in the tropical zoneclimate, which is influenced by the monsoon. sub-equatorial climate is observed in the southern regions. In coastal areas the temperature ranges from +24 to +28 degrees. Slightly cooler in the mountains. From late spring until November on the islands is dominated by the rainy season. From November to mid-spring dry season continues, which is most pronounced in the western provinces of Palawan, Visayas and Luzon. The northern region of the Philippines affected by typhoons and tsunamis. Rest in the country better during the dry season. Hotter just in the Philippines in March to the last of May. Further, the humidity is increased due to the arrival of the western monsoon.

Almost half the country is coveredtropical plants. Wet wood -. A place of growth of plants such as palm apitong, banyan, bamboo, etc. On the islands of the Philippines have orchids, rubber, cinnamon. In mountainous areas are located meadows. The representatives of the animal world are mongoose, deer, wild boar, reptiles. The coastal waters are rich in fish and different kinds of mollusks.

Photos of the Philippine Islands

Airport in Nairobi: diagram photo. How to get ...