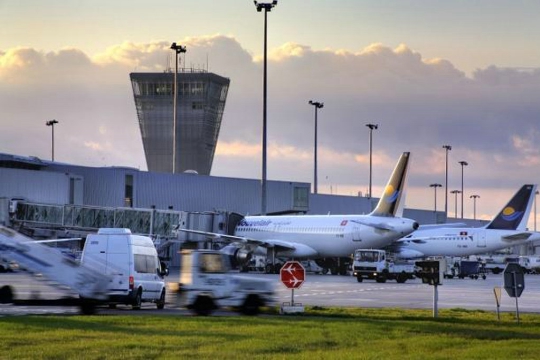 In Poland there are many airports thatsupport and convenient communication between the cities of the country and with neighboring countries. Russian tourists usually arrive in the capital, named after Frederic Chopin. Direct scheduled flights to Warsaw from Moscow performs "Aeroflot", and from the north to the capital, you can go on the wings of the Polish carrier LOT. The journey time is approximately 2 hours.

The international airports in Poland

The right to have foreign guests, in addition to the capital, the airport and other parts of the country:

Poland Warsaw Airport receives and sendsup to 300 daily flights in the vast majority of countries in Europe, the Middle East and North Africa. Seasonal charter company organizes Arkefly, carrying passengers to the Dominican Republic, Mexico and Mauritius.
Two passenger air terminal port them. Chopin divided into five zones, with more than 100 check-in counters. In Terminal A free Wi-Fi, and car rentals are open in the arrivals area. It offers departing passengers - shops Duty Free, restaurants, currency exchange offices, a post office and lounges for business class.
Transfer from the airport to the capital is accessible by train, departing from the station at Terminal A, and bus routes 175 and 188 during the day and 32 - night.

To the UNESCO monuments

City, where the airport is John Paul II, theconsidered one of the most beautiful not only in the country but also in Europe. Air harbor built 11 kilometers from Krakow, and its last modernization was carried out in 2013. New terminal receives all the international flights operated by air carriers popular:

Transfer to the city of Cracow in Poland carried Airport train "Balice Express" takes to the road for 20 minutes.