History of Warsaw. The base development, occurrence of Warsaw 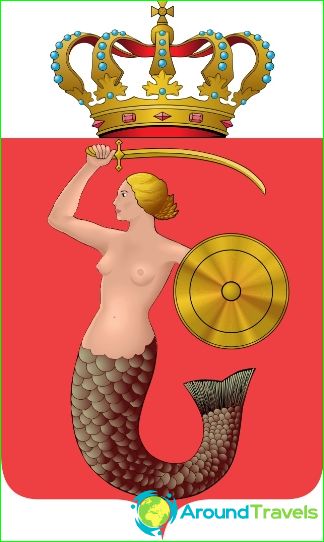 Warsaw - the capital and largest city in Poland, as well as the economic and cultural center of the country.

The first well-fortified settlements on landmodern Warsaw (about the existence of information that is not in doubt) considered brodni (IX- X), Camion (XI) and Yazduv (XII- XIII). After the last in 1281, was thoroughly destroyed by the Duke of Plock, Boleslav II Mazowiecki, just 3-4 km north of Yazduva in place a small fishing village, and Warsaw was founded.

The first written records date back to Warsaw1313 year. Over the extensive information contained in the court case against the Teutonic Order, which the hearing was held in Warsaw's St John's Cathedral in 1339. At the beginning of the XIV century Warsaw has been one of the residences of the princes of Mazovia, and in 1413 officially became the capital of Mazovia. During this period, the foundation of the economy of Warsaw were crafts and trade, and quite clearly traced class inequality.

In 1515, during the Russian-Lithuanian war, mostpart of the old city was burned. In 1525, more and more growing social contrast and infringement of the nobility of the poor classes led to the first uprising, which resulted in the so-called Third Estate was made in the existing authorities. In 1526 Mazovia, including Warsaw, became part of the Kingdom of Poland, which undoubtedly contributed to the unprecedented economic growth of the city. In 1529, in Warsaw for the first time going to the Polish Sejm (on a permanent basis from 1569).

In 1596, Warsaw is largely due to itsgeographical location (between Krakow and Vilnius, close to Gdansk) became the capital of not only the Kingdom of Poland, but also of the Commonwealth, while continuing to develop and grow rapidly. The architectural appearance of Warsaw this period was dominated by the late Renaissance style with gothic elements. Numerous baroque residence of the local aristocracy around the city have grown up in the XVII-XVIII centuries.

In the years 1655-1658 Warsaw repeatedlyprecipitated, resulting in several times was plundered by Swedish, Brandenburg and Transylvanian troops. Significant losses suffered and the town during the Great Northern War (1700-1721), during which Poland became a battlefield between Russia and Sweden. In addition to the military disasters in this period Warsaw and survived the epidemic, floods and crop failures. However, after the war, the city fairly quickly recovered and continued to develop rapidly in all areas (finance, industry, science, culture, etc.). The same period in the history of Warsaw marked by rapid construction and rapid population growth.

Warsaw remained the capital of the Commonwealthuntil the final termination of its existence in 1795, and then was annexed by Prussia and became the administrative center of South Prussia. In 1806, Napoleon's troops liberated Warsaw, and the city became the capital of the Duchy of Warsaw (under the French protectorate), and after the Congress of Vienna in 1816 - the capital of the Polish kingdom, concluded the personal union with Russia, but actually recovering the full political and economic integration into the Russian Empire. Despite several rebellions caused by violation of the Polish Constitution and the oppression of Poles, which led to a military conflict and as a consequence the loss of autonomy of Poland, Warsaw, do not stay away from the sweeping industrialization of Europe, evolved and flourished. By the end of the 19th century Warsaw was already the third largest city in the empire after St. Petersburg and Moscow.

In 1915-1918 during the First World WarWarsaw was occupied by the Germans, who are probably hoping for the support of Poland in the war against Russia, not only opened in the city of the Technical University, the Warsaw School of Economics, and was allowed to teach the Poles in their native language, but also greatly expanded the city limits. November 8, 1918, German troops left the city, and only 10 in Warsaw returned Jozef Pilsudski (the head of the underground Polish Military Organization) and received the following day from the regency council powers established independent Republic of Poland, which became the capital of Warsaw.

The first years of independence have stood out for Polandextremely difficult - the chaos, hyperinflation and the Polish-Soviet War, a watershed moment in which was the famous Battle of Warsaw, in fact prejudge the outcome of the war and as a result allowed Poland to maintain its independence.

September 1, 1939 with the invasion of German troops inPoland started the Second World War has become one of the global military conflicts in the history of the world and took away millions of human lives. Warsaw also has become one of the main centers of resistance to the Nazi regime in occupied Europe. Unfortunately, leaving the city, the Germans (in spite of the agreed terms of surrender) virtually razed it to the ground, and only thanks to the preserved drawings and plans of the Poles were able to subsequently recover with remarkable accuracy the historical center of Warsaw. In 1980 the old town was declared a World Heritage Site "as an exceptional example of an almost complete restoration of the historical period between the XIII-XX centuries".

Today Warsaw is the status of "global city" and is going through perhaps the greatest economic expansion in its history.

How to fly from Norilsk to Moscow? Time ...