Home>Articles on Poland>Articles on Warsaw>The streets of Warsaw - photo, name. List of well-known street in Warsaw

The streets of Warsaw - photo, name. List of well-known street in Warsaw

The streets of Warsaw 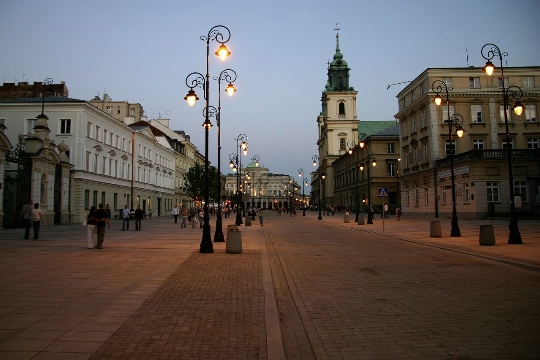 The main city of Poland is Warsaw. It is the business center and the capital of the country. Historic streets of Warsaw located on the left high bank of the Vistula. The river divides the city into two parts, different in size. The western part includes the Old Town and center. Here are the oldest attractions of Warsaw. The most attractive tourist sites are located in the west of the city.

The old part of the city

Around the center gradually formed the suburbs,of which are formed in the further areas. The old town is made up of straight streets with dense buildings. The houses here are on floors 4-5. Previously, the city was considered the center of Castle Square. Today it hosts a variety of city events. The city center was moved to the streets of Krakow suburb and Honey. They were built mansions and palaces of aristocrats. The modern city is considered to be the most interesting street Krakow suburb. Old areas were almost completely destroyed during the Second World War and restored later. The huge scale of destruction did not prevent the authorities to revive the ancient streets completely.

Visit the Old Town is better to start from the Castlearea. The main object here is the Royal Castle, built in the 12th century. If you walk from the square down the street Świętojańska, you can see the old St. John's Cathedral (14th century). The most narrow street of the area - Vasco Danube leads to the city walls.

The main avenue is a picturesque cityKrakow suburb. This section of the Royal Route, which connects the old with the modern areas. It begins near the Castle Square and runs south. On the outskirts of Krakow are various institutions: the University of Warsaw Academy of Fine Arts, Temple of St. Anne, hotels, shops. Prospect decorated monument to Nicholas Copernicus, Prince Poniatowski, Adam Mickiewicz.

The oldest district of Warsaw, Prague is considered. It occupies the right bank of the Vistula River. This area is mentioned in documents from 1432 Earlier there was a village, and then a separate city, which had its own charter. In 1791 he became a member of Warsaw. Buildings in Prague did not suffer during the war, so it is considered to be a treasure trove of capital. In this area we lived tradesmen and craftsmen, so there was a special atmosphere in it. Until now, there are functioning workshops and shops. In Prague, a lot of art galleries, theaters, souvenir shops. The main historical building - the Church of Mary Magdalene. In Prague, there are parks Skaryszewski and Prague, as well as a zoo.