The suburbs of Warsaw - photos, what to see 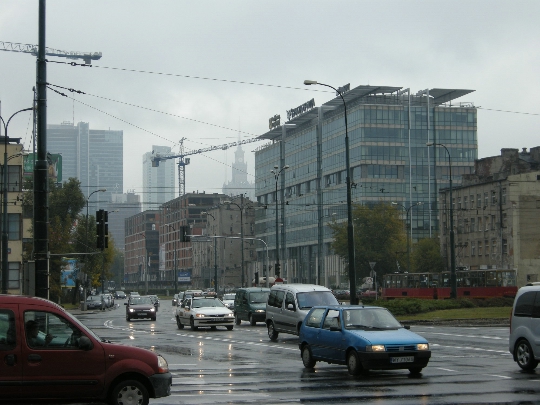 The capital of Poland in recent years has acquired a verymodern look due to the newly constructed buildings in the style of hi-tech. But the suburbs of Warsaw are nice, green and cozy and timeless charm becomes the main reason for their popularity among the tourist fraternity.

In the first half of the XIX century Warsaw was strengthenedalong the perimeter of the famous Alexander fortress. Citadel erected of brick and it has united inside 36 hectares of urban areas. Some strengthening of the fortress were male names - Vladimir, Alex, Sergei and George. Today it is a museum, and the city wall is available for viewing in several suburbs of Warsaw.

Prague to Warsaw - a suburb on the right bankVistula, which has grown from a smallest village into a major shopping area. A couple of centuries ago, there were noisy markets where farmers sell poultry, vegetables, meat and livestock. Architectural attraction of this suburb of Warsaw - Orthodox church of St. Mary Magdalene middle of the XIX century..

On the southern outskirts

In the XVII century near Warsaw was builtsuburban residence of King - Wilanów Palace. A masterpiece of architecture Baroque is surrounded by a lush park with fountains, statues and pavilions. A special contribution to the construction and interior decoration of the palace made famous Blue Marques - Isabella Lubomirska. In 1805 there was opened the exhibition of masterpieces, and the palace today has become one of the largest and most visited museums in the country.

This suburb of Warsaw received a special recognitionin the XVII century, when the monastic order of Camaldolese in Bielany was transferred from Krakow. It is their white cloaks and gave the modern name of the district. The monastery complex of buildings located in the Belianske wood having natural reserve status. The observation deck at the monastery demonstrates scenic panoramic views of the Vistula River.
In addition to the white walls of the monastery in the suburbs of Warsaw, are worthy of attention:

Restaurants in Switzerland - the best restaurants and ...