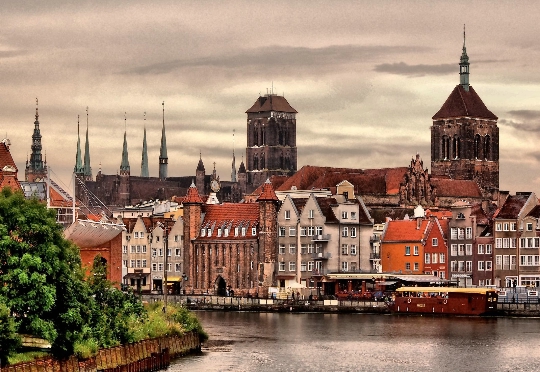 Poland - a country that is close to Ukraine, Belarus and Russia at the same time. What national features can be noted in Poland?

The nuances of the local mentality

Poles love their culture, language, seeking to honor the tradition. No less important is the work, religion, politics, leisure and spending time with friends and loved ones.

Poles differ balanced character and seek to exercise restraint. In this regard, most of the locals deal with important issues in a calm atmosphere and find compromises.

Poles love freedom. For this reason, children can enjoy the right choice when deciding how best to organize their lives. All the people who communicate on the "you" to each other, add "sir" and "Pani".

Poles have a good sense of humor. They are willing to tell jokes about themselves.

In Poland, there are numerous festivals and celebrations, which attract not only locals but also tourists.

During the trip, you need to try Polishcuisine that is tasty and nourishing. You can try the smoked sausage Lisiecki, which has existed since the 1930s. This dish is a real treasure of Poland.

Polish cuisine attracts a variety of soups. For example, attention should be paid "Jour", which is preparing to flour sourdough. You can also try "kvasnitsu" is used for the preparation of a goose broth, and added during cooking finely shredded sauerkraut. Every tourist should try Polish smoked cheese "ostsipok", made from sheep's milk. Torun is famous for its delicious cakes, which are honey.

Poland - one of the best countries for active and cultural travel.

How to fly from Amsterdam to Moscow? Time ...