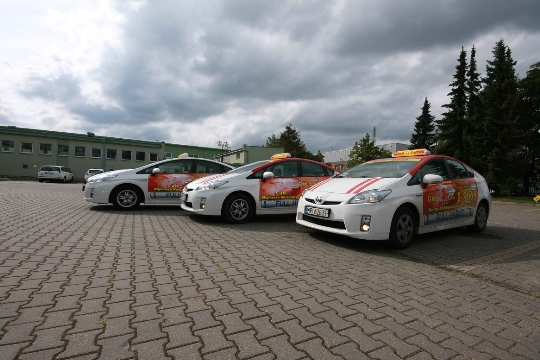 Most of the tourists love to Poland forattention to each guest a variety of unique cultural and historical monuments worthy of attention, hotels in different price ranges. Taxi in Poland - one more reason to admire the ability of local people to organize the work.

In this country there are public and privateorganizations engaged in carting. The Government monitored the pricing process, in particular by setting the upper limit value of a kilometer. Moreover, the lower limit is not regulated.

Prices for the services of Polish taxis

The fare for a taxi in Poland depends onmany indicators, including day or night to make trips within the city, the surrounding area or in nearby town, whether the passenger baggage, and the like.

There is a kind of division into three tariff:

The cost of first rate starts at 2 zlotysper kilometer (from corporations that have established the lowest price). There are companies that are already here offer more expensive services. When traveling outside the city begins to operate so-called second rate, the trip price is increased by 50%. This rate also applies to weekends and days that are considered public or religious holidays.

If you want to go to a neighboring city or district,the cost increases by 50% (or two times the initial rate). This is the third rate, which was called "return", ie the passenger actually pays for empty cars returning to his hometown.

Another excellent innovation - in Polandcall a taxi there is a single number that is very easy to remember, - 919. In addition, you can use fixed phones of different services. For example, the following companies operate in Warsaw:

For a large company

In Poland and the cars destined fortransportation sufficiently large groups. Accordingly, the cost and landing, and the mileage will be significantly higher. Thus, the difference in landing in the car could reach almost 40 zloty (PLN 8 - in the usual taxi, to 50 zlotys in 8-seater).

A suburb of Zurich - photos, what to see