Home>Articles on Poland>Trains Poland. Tickets for the train to Poland

Trains Poland. Tickets for the train to Poland 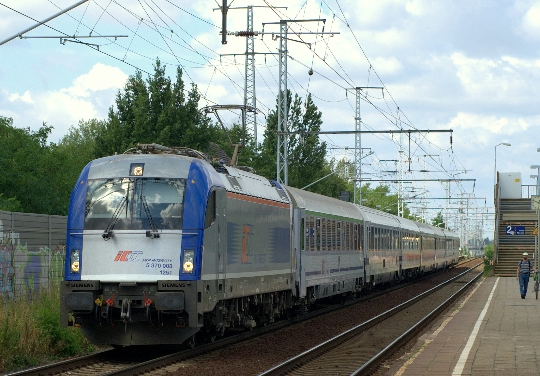 Trains Poland have good level of service,especially compositions plying on international routes. Their comfort complies with the European requirements for quality of service and security.

In this country, the railway communicationIt is developing rapidly. A dense network of railways covers all areas. In the western part of Poland trains are very popular. From the capital to get to any of the major cities can be 2-5 hours. High-speed trains are not yet used, but different transportation deliberate organization by rail. The railway network has a length of about 25 thousand kilometers. The motion compositions not only concentrates on the central part of the country. From the capital to different parts of Poland, followed by a train in large numbers.

What a train there in Poland

Passengers are express trains, whichrun between the major cities and towns. They are only a day and follow with a few stops. For long-distance travel is better to choose such an express train. With all the stops go TLK trains. They are suitable for trips to nearby cities and suburbs.

Train tickets available in Poland are differentprices. Their value depends on the class of the train and the route distance. The railroad is subordinate to the national company - the State of the Polish passenger rail network. Train schedule in Poland, published on the official website of the organization - www.pkp.pl. The information there is available in Polish. International schedule can be viewed at www. intercity.pl. This resource passengers buying e-tickets. Many of them purchase their tickets on the train in the form of printouts. This form is considered to be the safest. Better to buy tickets a few days before departure, especially in summer. Places on the most popular destinations, passengers are booked in advance. Ticket sales begin for a few months before the trip.

To pick up a ticket in the right direction andsee the schedule of trains in Poland, you should go to rozklad-pkp.pl. This service is available for Russian-speaking passengers. Tickets are also sold at ticket machines and ticket offices located at railway stations. Passengers are offered special places for smokers, are indicated by. When you do not need to print internal travel on the train ticket, if purchased online. It is enough to show the conductor a secret code by opening it on the laptop screen or a smartphone. Tickets are more expensive express other. The most accessible places are considered in TLK trains.

Flag of Guadeloupe: photos, history, the value of the state flowers ...