Airports of Portugal - a list of international airports in Portugal 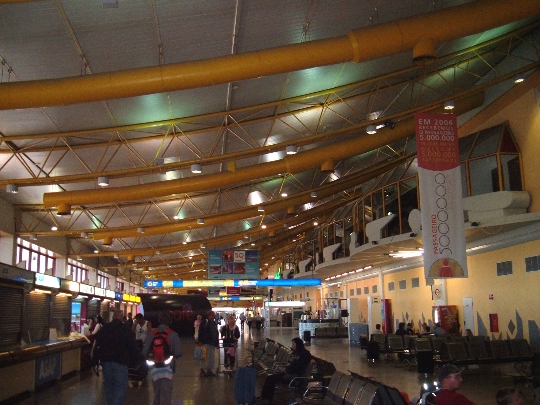 The most western European country, Portugalloved by fans of the ocean, quality wine, hearty cuisine and architectural landmarks in the medieval style. The airport lands Portugal Russian tourist special kind - a traveler who prefers beautiful landscapes of stars on the facades of hotels and a wild riot of ocean waves - a calm contemplation of colorful fish in the warm sea.
From Moscow to Lisbon regularly fly TAP boardPortugal, as in the season and added another charter in Faro. With docks in European capitals can reach almost any major city in the country. Travel time will be from 5 hours.

The international airports in Portugal

The list of air harbors the country registered more than20 points on the map, from which international flights take only a few. The main airport is located 7 km north of the city center, while others - and in the islands and on the mainland:

Lisbon's Portela Airport and the center of the capitalshared by only 7 km to the local subway overcomes a few minutes. It starts at 6.00 and finishes to carry passengers in the morning. From 00.30 to 05.30 in Lisbon can be reached by bus route 783, and during the day - even a few. The stop is located 100 meters from the exit of Terminal 1, which is used by all international airlines. It is here, and passengers arriving in Moscow flights.
All information on the website - www.ana.pt.