Home>Articles on Portugal>Articles about Lisbon>How to fly from Lisbon to Moscow? Time of flight Lisbon - Moscow

How to fly from Lisbon to Moscow? Time of flight Lisbon - Moscow

How to fly from Lisbon to Moscow? 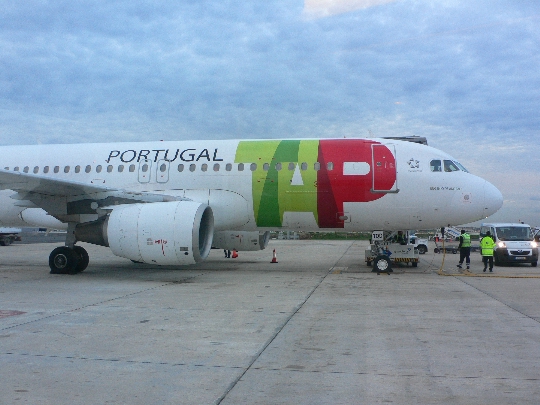 In Lisbon, you were able to stand on the lookoutsite Miradouro das Portas do Sol, see the castle of St. George, the Cathedral Se, a statue of Christ and the Palace of Ajuda, visit the Maritime Museum and the Puppet Museum, the Planetarium and Gardens Estufa Fria, a ride on the lift, "Gloria", have fun in night clubs "Dock's Club" and "Club de Fado", relax in the park of San Pedro de Alcantara? And in the near future you will fly to the Russian capital?

How to fly from Lisbon to Moscow (direct flight)?

From the capital of Portugal to the Russian capital youfly so far more than 5 hours (they are separated by 3900 km). For aircraft "TapAirPortugal" you will be able to fly to Moscow for 5.5 hours, and "Transaero" - 5 hours 50 minutes.

Anyone interested in purchasing profitable at the price of a ticket should take note that attractively priced tickets can be bought in August, April and September (7900-10500 rubles).

Sign up for the flight Lisbon-Moscow youoffer Airport Lisbon Portela (LIS), located in the city, in the neighborhood Portela (here go buses number 44, 22, 5, 45, 8). The disposal of travelers the airport provides duty-free-shops, "Chocolate Lounge" (here you can buy chocolate and other sweets), "Gourmet" (here involves the sale of Portuguese wines), souvenir shops and stalls where you can get cheeses and sausages, playground and entertainment machines, rooms for mothers and children, cafeterias and restaurants, post office, ATM, medical center.

The flight should decide whom to give out souvenirsLisbon in the form of articles of cork (umbrellas, hats, belts, bags), the Portuguese soap brand "Ach Brito" and "Claus Porto", gold jewelry, embroidery, Portuguese wine and jamon, plates, tureens and other products made of porcelain and ceramics, so as not to deprive the attention of his friends and relatives.

Tenerife for children - what to see. Where ...

Children's camps in the Tula region for the summer. ...