Home>Articles on Portugal>Coat of arms of Portugal: photo, value, description, 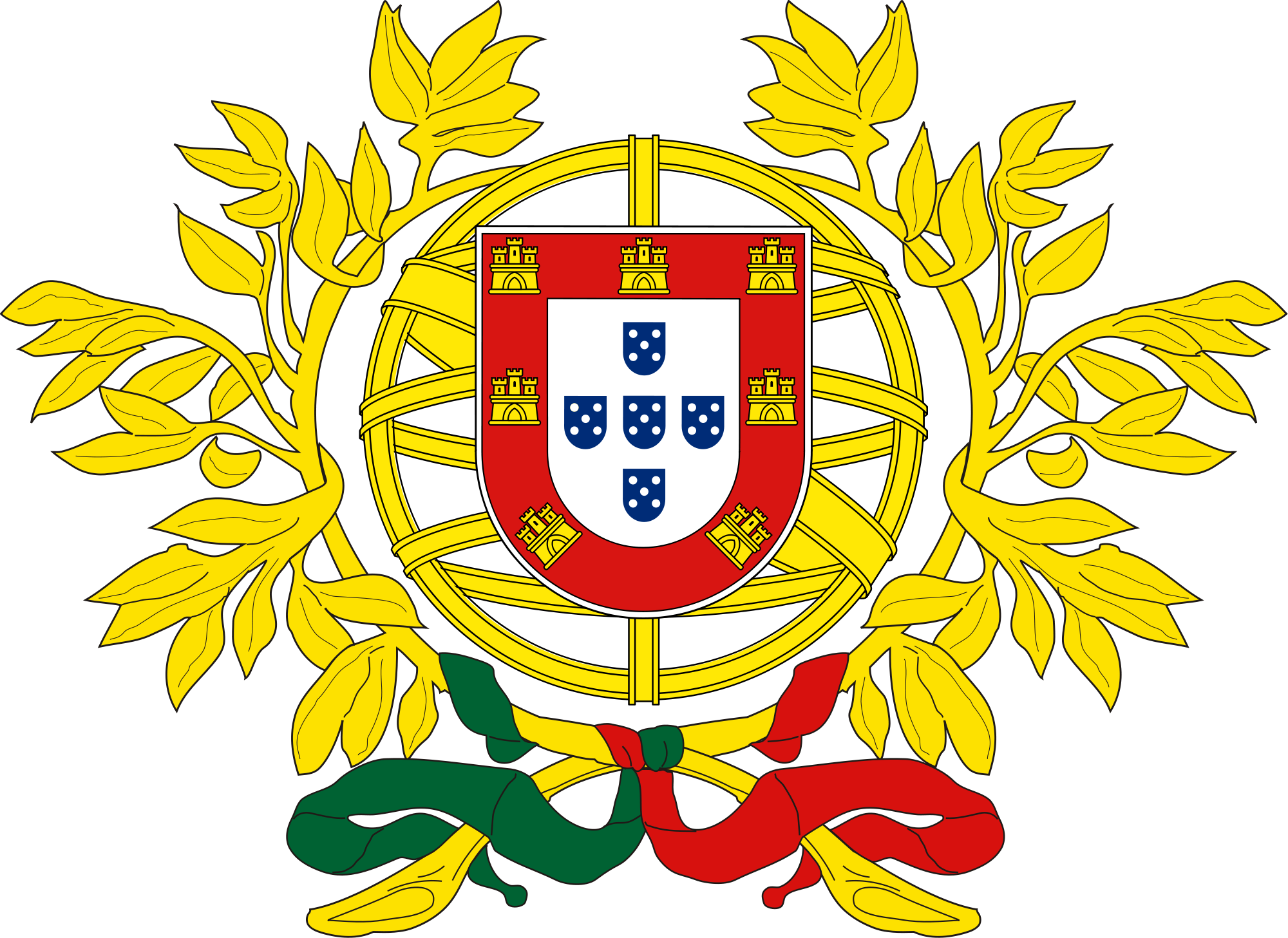 The state occupies the western part ofEurope is not quite the standard official symbols. For a first look at the coat of arms of Portugal it allows you to select an item such as an armillary sphere, related to the field of astronomy. The second difference is the main character of this country from other countries - the presence, in addition to the basic, medium and small versions of the emblem.

The large coat of arms of the Portuguese Republic includesvarious elements, the most important of which are: heraldic shield with five small shields and seven locks; armillary sphere; golden branches held together by tape.

Heraldic Shield has a rounded bottomform, consists of an inner field, repeating the shape of a shield and a wide band-edges. On the small white box (silver) color emblems five small blue colors are available. On the bordering strip of rich scarlet located golden locks.

Armillary sphere is called the celestiala tool that determines the coordinates of the heavenly bodies. The second value - the model of the celestial sphere. The appearance of such an interesting element of the coat of arms of the Portuguese Republic explains the desire to show that the government's influence extends not only on land but also the territory that are above.

In addition, the instrument performs measurement tasksdistances, became a symbol of the great geographical discoveries in the Middle Ages, made by the Portuguese people. Armillary sphere and previously attended some heraldic shields rich Portuguese, as well as colonial flags, in particular in Brazil.

Some experts in the field of heraldry are a contradiction to use on the "republican" elements emblem of the country, the same as the scope and character of the monarchy (eg, crowns).

Medium and small coat of arms of Portugal

The main difference between these embodiments, the mainnational symbol of the country - fewer elements. So, on average, no emblem golden branches that were stitched ribbon, painted in the national colors (red and green). Small arms - the same picture shield with small shields and locks, but without the golden branches and golden armillary sphere.

Chief Portugal symbol was officially adopted June 30, 1911, as the national flag. However, the elements present on the arms, have a long history and importance.