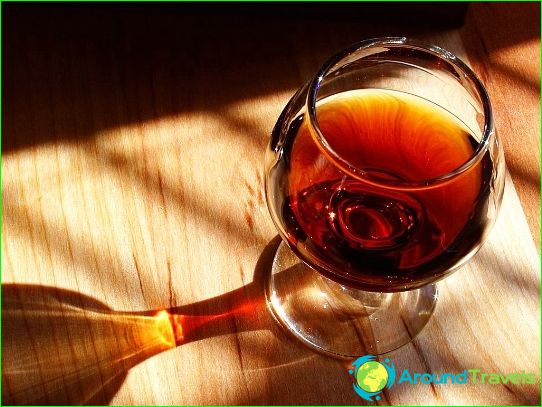 Portugal owes a variety of wines,produced on its territory, the ancient Phoenicians. They were brought to this land the vine. It was more than two and a half millennia ago, and since then the Portuguese wines are made from grapes that are found nowhere else in the world. Particular climatic conditions allow the grapes to local adapt and become resistant to fluctuations in temperature and strong winds, so typical of the coast of the Atlantic.

Portuguese wines have always accounted for a large share ofthe country's exports. In the XVIII century it began a truly flourishing Portuguese wine, and the lion's share of port are sent to England and other countries of the Old World. Not less popular and famous Madeira, happy to buy many European noble houses.
Once a member of the European Union, Portugal has increased export volumes supplied wine and its wineries were closely monitored and attention.
The main wine-growing regions of the country - the Alentejo, Vinu Verde, Madeira and Douro, and cultivated varieties of grapes are sonorous Portuguese titles and grown to nearly 400 thousand hectares:

According to ancient recipes

Wine production in Portugal until nowIt shall be subject to many old traditions, one of which - crush underfoot berries to extract the juice and pulp. Growers willingly use and other ancient secret: they planted young vines near trees that she used someone else's trunk as a support. Connoisseurs of wine and oenologists Portugal called "living museum of wine", so impressive sound traditions and customs of the local wine.

About port wine and not only

The most famous wines from Portugal is consideredport wine. Its export and drink by themselves, without the bottle of port can not do here any holiday or celebration. But the share of port wine in wine production in Portugal is no more than six per cent, while the young table wines account for a quarter of the total.

The cost of living in Germany