Home>Articles about Romania>Romania's coat of arms: a photo, a value description

Coat of arms of Romania 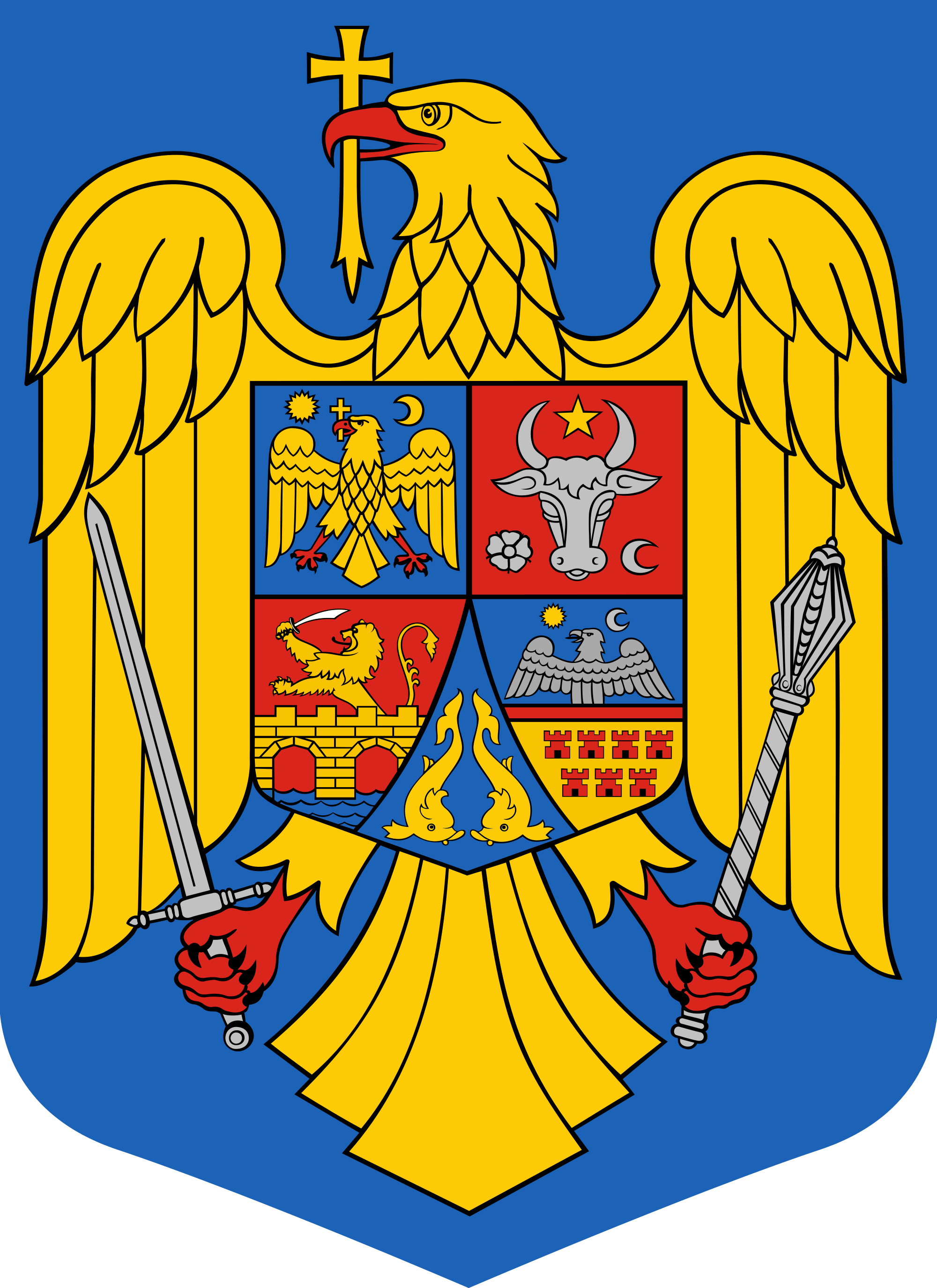 Who would have thought that one of the poorestcountries that were part of the socialist bloc, after independence will choose the royal elements for the main character. Coat of arms of Romania, as an independent state, in fact, taken as a basis existed in the 1922-1947 biennium. Small coat of arms of the kingdom.

The main element was the national coat of armseagle, bird, often used in heraldry. In Romanian the official symbol of this bird of prey is portrayed in noble gold tones with legs and beak are not less noble, scarlet. The claws eagle holding a sword and scepter, pointing thus to the inviolability of the sovereignty of the country and the willingness to defend the independence and freedom.

On the eagle's breast is placed shield, which fieldIt is divided into five parts, painted in national colors of Romania's present and its flag. Each part represents a particular historical region of Romania through certain stylized images:

The history of the Romanian coat of arms

The roots must be sought in the distant 1859, whenIt merged the two Romanian states of Wallachia and Moldavia. Since each state had its own character, after their union appeared, and a new coat of arms, which were round image representing Moldova, and the golden eagle, the symbol of Wallachia.

Prince of Romania in 1866 became Karol, namely inDuring his reign the shield began to divide into four parts, two of them appeared an eagle, in others - the bull. Then, one of these characters have replaced the dolphins, the so-called representatives of Dobrogea, but instead there was another golden lion that refers to Oltenia.

In 1922 he became part of Romania andTransylvania, there was a question about the presence of the State Emblem characters new territory. Shield was a division into five parts, added to the Oltenia Banat (on board the bridge). In addition, at that time it was known three versions of the coat of arms: small, medium, which were Supporters and the motto, and a large decorated mantle.

After the war, under pressure from the Soviet RomaniaUnion refused to still beautiful and fanned emblem history. But after the revolutionary events of 1989, the new (old) coat of arms was approved at the meeting of the two chambers of parliament.