Home>Articles on Russia>Airport Pskov: diagram photo. How to get to Pskov Airport

Airport Pskov: diagram photo. How to get to Pskov Airport 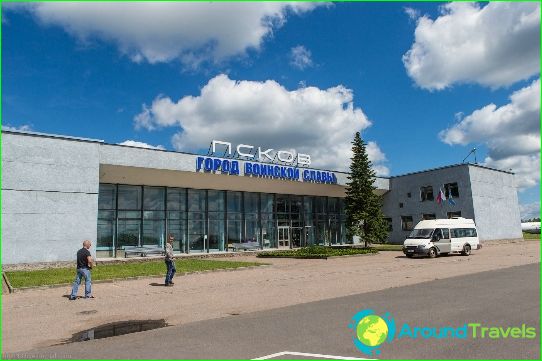 Airline co-location withunits of the Russian Air Force, the airport in Pskov, to date, is the only company engaged in international air passenger transportation in the region. Its runway length of 2.5 km is capable of receiving aircraft 2,3,4 classes and all types of helicopters.
The main carrier is Pskovaviapermanent place of dislocation in the Pskov airport and four times a week (every day except Tuesday and Sunday) operates regular flights to Moscow, St. Petersburg and Apatity. And also, when necessary, performs charter flights to popular tourist country. Airport capacity is 150 passengers per hour.

The use of the airport for passengertraffic ceased in the early 90s, in connection with the come the economic crisis in the country. However, in 2002 the airline "Eurasia" has restored several overhead lines along the route Pskov - Moscow, but soon it turned out that such flights do not pay for themselves. And until 2006 Pskov Airport again stopped civilian transportation.
In 2006, the Russian airline "Vyborg"I attempted to restore the route. In the same year was the reconstruction and technical re-equipment WFP to meet the requirements of international standards, created the conditions for passengers, measures were taken to improve meteorological support operations.
Since 2007, the Administration of the Pskov regionbeginning to implement the program for the development of aviation services in the region. The budget allocated substantial investment for the reorganization and modernization of the airport in Pskov.
Currently it is a modern airline, serving nearly 10-thousand passengers a year.

Pskov Airport provides a standardrange of services for the carriage of passengers. At the box office ticket sales operate the airport area, post office, medical center. There is a waiting room, a mother and child room, luggage storage.
On the forecourt provides parking for private vehicles. Clock security provide the local police department in conjunction with the departments of military units the Air Force.

From the airport to the city established public transport and taxis. Directions by car to the city in less than 10-minutes.