Home>Articles on Russia>Airport Tula: diagram photo. Getting to Tula Airport 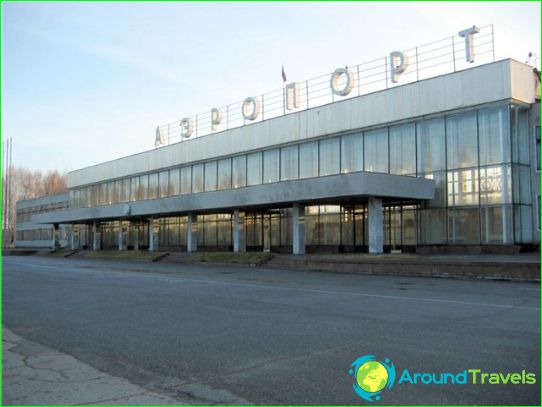 Kolkova - airport Tula began its work inlate 50-ies of the last century. On the basis of already existing military airfield was created Squadron flight to a small park aviamashin, consisting of the aircraft AN-2 and Yak-40. Since August 1959, the first civil air transportation, serving mostly local airlines were implemented. In addition, the squadron carried out the work and flights sanitary purposes.
- Tula - Donetsk - Adler In the early 60-ies of regular flights on the routes Moscow were opened. Originally flights were made three times a week, and further flights are daily.
By the end of the 60s the airport in Tula heldreconstruction works and launched into operation a new terminal building. At the same time has been updated aviamashin park and opened new flights on the route Moscow - Tula - Donetsk - Gudauta.
The airline has entered a new stage of itsdevelopment, beginning to perform civil air transport to more than 50 destinations and the cities of the Soviet Union and cooperated more than with 10 airlines around the world. Regularly updated fleet, increased passenger and cargo flow of air traffic.
However, the first 90 with the collapse of the Soviet Unionfor Tula Airport fallen on hard times. Regular civil air transportation has ceased by 1993. The final squad fell apart by the end of the 1990s. Part aviamashin been sold. Part of the aircraft was operated until 1995, then the machine have been disassembled for spare parts, decommissioned and handed over to the scrap. In 2001, the airline was excluded from the Register of Russian airfields.

It is noteworthy that due to the favorable location of the aerodrome in Tula, it is almost never closed due to weather conditions and can always serve as an alternative to Moscow's airports.
And yet, in 1981 at the airport in Tula airport Klokovo landed Tu-124B (USSR-side number 45090), to fulfill his final mission, and later installed as a monument in the central park of culture and recreation the city of Tula

Currently building a supermarket located in the Tula civilian airport.
Apron, taxiway and the former control tower Flight Control Aviation Center belong Tula small aircraft.
The restoration project of the Tula airport and resumption of its activities pending in the local administration.