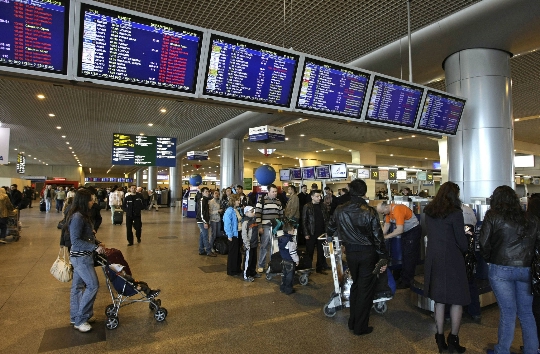 Among the impressive list of Russian airports haveand large and small regional, taking only a few times a week planes from other cities in the country. Foreign visitors arriving via the international air harbor, where the inhabitants of Russia, in turn, go on vacation or on business affairs in dozens of countries and hundreds of cities around the world.

international status is assigned to the airportRussia, which organized send and receive aircraft from abroad and carried out border and customs control. Such air gate of the country, there are about seventy, but in fact the international board landing everywhere.
The most significant international air ports are located outside the capital and St. Petersburg in the major cities in Siberia, the Urals and the Far East:

Moscow airports are well known to all those who prefer to spend their holidays in active travel:

In the capital's airport train is adjustedTransfer to Moscow railway stations. The trains depart Domodedovo with Paveletsky station and cover the distance in 46 minutes. At the Airport passenger service operating from Belorussky railway station and takes 35 minutes. Vnukovo served by trains, extending from the Kiev railway station, which is carried out in a way a little more than half an hour. Trains begin to move at 06.00 in all directions.
Tickets available at the box office Aeroexpress train stations, vending machines and on the website. At airports, sale of travel documents is carried out at the entrance to the station.

Paris for kids - something to see. Where ...

Things to do in St. Petersburg? What to do and ...