Kazan 2 days: where to go in Kazan 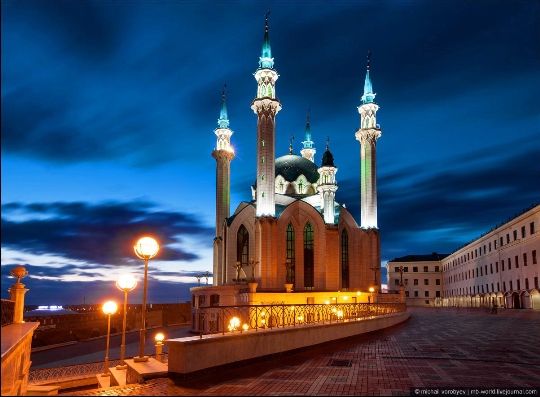 The capital of the Republic of Tatarstan is known by manysights, but because it tends to see an increasing number of tourists every year. City is the official title of "third capital" of the country, and recently celebrated its millennium. See Kazan 2 days and visit the most important city sites - quite a feasible task for an active and dedicated traveler.

The words of the famous song in full can be attributed not only to the capital. Kazan has a Spasskaya tower, which is crowned by the local Kremlin and serves as its main gate travel.
Construction began in the Kazan Kremlin Xcentury, when it began to carry out the role of defensive fortress for the Bulgarian tribes. Today it is a world-famous architectural monument, protected not only by the state but also by UNESCO. On the territory of the Kremlin restored and carefully preserved many objects of the world cultural values.
Once in Kazan on 2 days, well worth a visit and see:

Kazan has the status of a multi-ethnic city,which perfectly combines the most different traditions of culture and art. If the visit to Kazan on 2 days coincided with the timing of one of its famous festivals, music concerts can be visited or seen news of the national cinema.
The city is welcoming its ninetheaters, three of which proudly bear the title of academic. For fans of quiet museum halls Kazan 2 days - it is more than thirty permanent exhibitions on a variety of topics.