Articles about St. Petersburg
by Amber 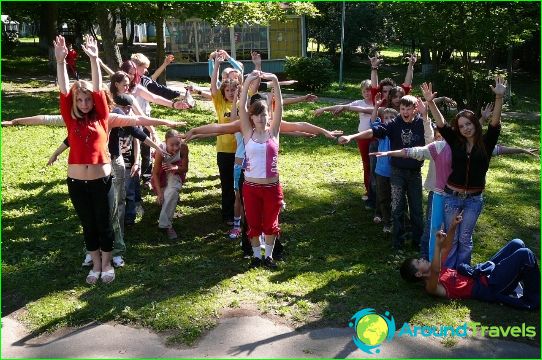 Children's camps - the most popular form of recreationfor children. In St. Petersburg camps resting guys of all ages: from 6 years old to 16-18. The main purpose of children's camps - all-round development and recreation. After the holidays, spent in an institution, the child becomes more independent and adults. Special children's programs expand horizons of girls and boys.

What holiday is possible

Children's camps in St. Petersburg offerChildren holiday in the pure nature of the Leningrad region. Institutions working in the traditional program, special emphasis is placed on the physical development of the young generation. Children are always in the open air, engaged in active sports, go hiking, make rafting. In the evenings they gather around a campfire. Many parents purchase vouchers in those camps, which promote the development of certain abilities:

Separately, you can note the camp offeringexotic programs. In St. Petersburg, there are institutions where study parkour, hang gliding, etc. The choice is very wide vouchers. Therefore, some parents have difficulty in finding tickets. Today in the region there are several year-round camps, functioning in any season. They recruited children not only during the summer holidays, but also in winter, autumn and spring. Camp, working exclusively in the summer - a summer health agencies. In winter, on the territory of the region there are ski camps. In St. Petersburg, there are children's centers, inviting the children only on weekends.

Types of camps for children

Children's camps in St. Petersburg aretent, stationary, off-site. If an institution has permanent buildings and invites children into their territory, it is called stationary. Mobile camps, which are able to change the place of its location - a tented camp consisting only of tents. Software or exit the camp rent a building for children at recreation centers or hotels. In St. Petersburg, widespread are day camps. There's only children spend the daytime and in the evening returned home.

The streets of Hanoi - photo, name. List of well-known ...