Articles about St. Petersburg
by Diana 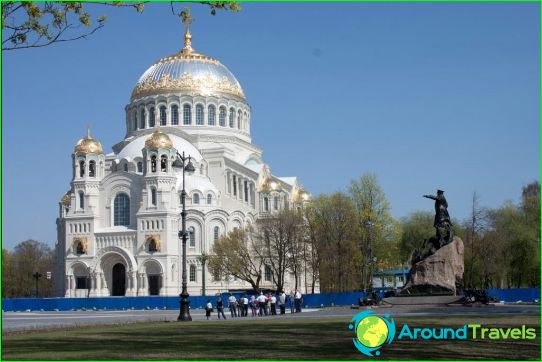 Petersburg - a unique city, which is famous foreventful history. Every tourist who arrives in St. Petersburg, keen to learn about it as much as possible. Excursions in Kronstadt will help to understand how unique in the history of this city.

During the excursion you will learnhistory of dam construction in St. Petersburg and Kronstadt. The program includes mandatory inspection Anchor Square, Petrovsky dock Kronstadt Naval Cathedral, numerous monuments. Many sightseeing tours in Kronstadt suggest a boat trip with a visit to the forts, among which are "Kronshlot", "Peter", "Paul I", "Grand Duke Constantine" and "The Emperor Alexander I". For the minimum amount of time you will be able to understand what is Kronstadt.

Kronstadt is famous for the unique historic architecture and is the best witness of many important historical events in Russia.

Food in Hong Kong. Prices for food in ...