Home>Articles on Russia>Articles about Yaroslavl>Airport in Yaroslavl: diagram photo. How to get to Yaroslavl Airport

Airport in Yaroslavl: diagram photo. How to get to Yaroslavl Airport 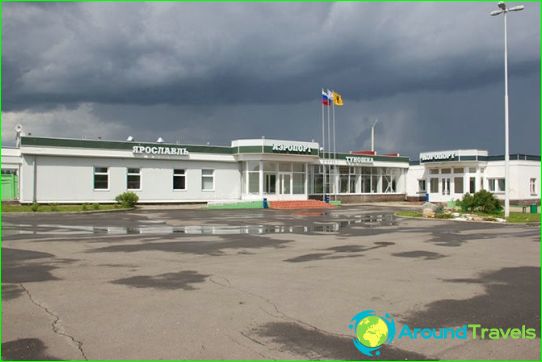 Tunoshna - International Airport in YaroslavlIt is based on a military airfield, disbanded in the late 90s. After the reconstruction there were created by cargo and passenger terminals, the post customs clearance, reinforced runway, the length of which today is three kilometers away.
Until the mid-2000s, the airline served inmostly local airlines. However, the crisis came, did not allow it to develop in this direction. Domestic flights, linking the regional center to remote areas, have stopped. Currently, the airport serves air transport to Moscow and St. Petersburg, as well as seasonal charter flights to popular tourist country. Passenger traffic Airport is a little over ten thousand people a year.

Small but cozy enough terminalTunoshna provides a full range of services for a comfortable passenger service. For relaxation, there are provided the usual waiting rooms and superior rooms, there is a mother and child room, playroom for children. On the territory of the terminal with free internet provided round the clock security. Direct free car parking is available in front of the building.
The airport is located near the hotel "Astra Park", which includes about 40-rooms and suites. The hotel has a conference room, a bar, a restaurant.

From the airport, the city runs regularly№183A bus on route "Airport - Bus - Bragin." From Bragino bus comes back to the bus station and followed to the airport. The duration of the way from the airport parking in the city center by bus is 30 - 40 minutes, the frequency of movement - about an hour. Movement of buses towards the airport starting at 05:50 am and ends -.. At 18:55 am, in the opposite direction of the bus shuttle from 6:40 until 19:45 hours.
You can use a city taxi services. Here they are about seven transport companies. Request by phone, directly from the aircraft while still in the air, or take a taxi parked in front of the terminal building.
The cost of travel by taxi to the city - about 500 rubles, depending on the distance to your destination. The price of the service in a variety of carriers is approximately the same.

Holidays in Croatia in December: the prices and ...