Children's camps in the Perm region 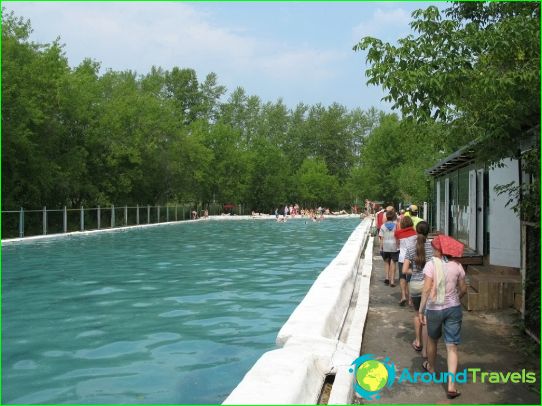 Perm Region has a great touristpotential. It occupies the western slope of the Central Urals and east of the East European Plain. Perm Region borders on the Kirov Oblast, Komi Republic, Bashkortostan, Udmurtia and the Sverdlovsk region. Center of the region is considered to be the largest city of Perm. Children's camps in the Perm region - a wide range of wellness and sports-type institutions, as well as day centers children. Climatic conditions make it possible to organize a quality summer vacation. Children go to the camp at any time of the year. Especially popular are trips on the eve of the summer school holidays.

The terrain is flat, low-lying,lowland and mountain. The highest point - it Tulymsky Kamen, stone prayer service, Isher, etc. In the Perm region has many rivers that belong to the basin of the Kama River (a major tributary of the Volga).. The largest rivers of the Perm region - Chusovaya and Kama. On the territory of the region is dominated by a temperate continental climate. So winter is snowy and long. In summer the temperature sometimes reaches 42 degrees. Cultural capital of the Perm Krai Perm and Kama is. The city has many interesting cultural sites, which the children attend during the excursions. These include State Theatre, various museums, botanical gardens, and others.

Perm region is considered one of the mostbeautiful and interesting regions for tourism. Rest amidst the pure and beautiful nature like children and adults. Since ancient times, this region is an attractive place for travelers. Deep rivers, vast land, beautiful forests and mountains - the dignity of the Perm region, which make the tours more and more popular. Children attending the camp will learn a lot of interesting information about the sights of the region.

Tourism on the Perm Territory providesopportunity to see the famous landmark - Kungur ice cave. This pearl of the Urals, whose age exceeds 10 thousand years. Today it is considered one of the most beautiful and largest caves in the world.

Children's camps in the Perm region - this is a greatopportunity to see the underground lakes, endless caves and ice. Stunning scenery delights children. The region provides good conditions for high-quality children's recreation in any season. In summer, the children get a lot of positive emotions from the excursions in the surrounding area. In the camps they offer hiking, walking, camping, active games, sitting by the fire. In winter, children's rest involves skiing, snowboarding, snowmobile riding and others.

Photos of children's camps in the Perm region

How to fly from Kaliningrad to Moscow? Time ...