Cruises on the Angara 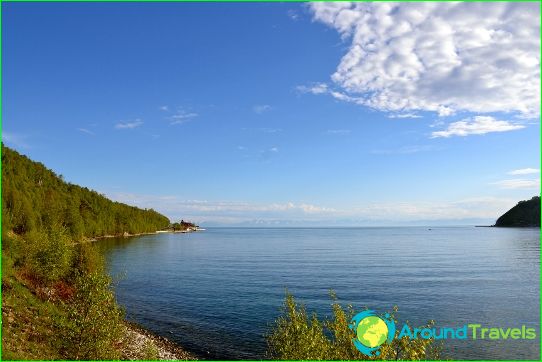 The only river flowing out of Lake Baikal -This majestic and full-flowing Angara. Its length is more than one and a half thousand kilometers. Angara flows in the Krasnoyarsk Territory and the Irkutsk Region, and its maximum width in the lake area is more than a kilometer. For fans of excursions native land the best way to experience the great Siberian river - a cruise on the Angara River, which you can go from the city of Irkutsk.

Angara famous cascade of hydropower plants,built here in the mid-twentieth century. In the energy network includes Bratsk, Irkutsk and Ust-Ilim hydroelectric power station, the construction of each of which significantly reduced the risk of navigation on the Angara. Previously, due to the turbulent rapids of the court could not pass freely along the river.

The first pontoon bridge across the Angara opened inthe end of the nineteenth century, during the passage through Irkutsk Tsarevich Nicholas. After nearly half a century of operation of the crossing was replaced by permanent bridge, connecting the center of Irkutsk with its left bank.
Also called Glazkovsky bridge to cross the Angara can use Innocent, Academic and Boguchanskaya bridges.

Irkutsk Navigation offers are not usually usedmid-May, but in warm weather the first ships can go on cruises on the Angara River in the May holidays. During the trip, tourists visit a constellation of remarkable Siberian cities: