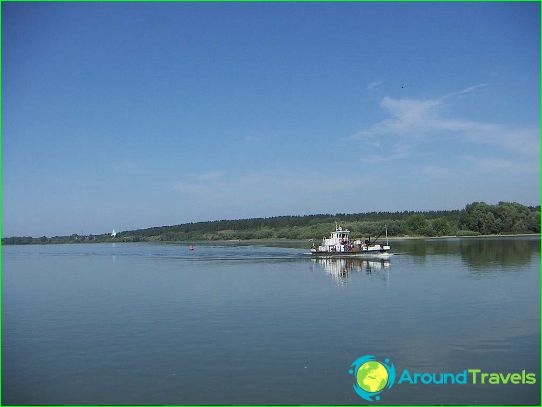 Siberian river Ob ranked first in the countryon the watershed area. Its main tributary - Irtysh, and cruises on the Ob and Irtysh today are very popular as an option for a summer holiday.

Fishing on Obi - one of the main attractionstourists and locals. Fishing on Obi has been developed over many decades, and today it inhabits no less than fifty of valuable commercial fish. Major trophies, coming across a tourist bait - perch and pike, sturgeon and whitefish, white salmon and ide.
To fish as you can in one-day cruise on the Ob, and in a longer journey. Ob Sea is called Novosibirsk Reservoir - is the best place for fishing in central Siberia.

While following the Ob vessel travelers go ashore in the cities and get acquainted with the local sights. The largest ports on the Ob:

Take a cruise along the Ob and you can just outputday. This trip will help to get acquainted with the nature of their native land. Sunbathing and swimming during the voyage can be during stops on the picturesque banks of the good summer in these parts is quite hot and dry.

The capital of the Philippines: map, photo. What is the capital in the ...