Home>Articles on Russia>Cruises along the Yenisei. Cruises on a ship on the Yenisei

Cruises along the Yenisei 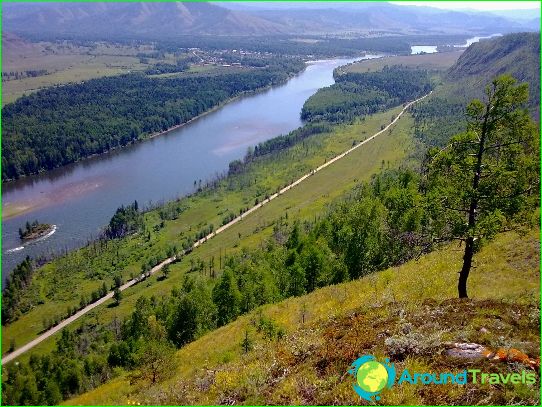 Almost three and a half thousand kilometersYenisei stretched - one of the greatest rivers not only in Russia but also in the world. In the bed of the seventh in the world in the area of ​​the river basin forms the border between Eastern and Western Siberia, and the Yenisey crosses from south to north almost the entire Russian territory and flows into the Kara Sea. The great Russian river flows about five hundred tributaries of different sizes and lengths. For fans of nature and landscapes of his native land to see the best way to Siberia in all its beauty - take a cruise along the Yenisei.

The main attraction on the banks of the Yenisei River -This unique Siberian nature. Travelers admire the scenery float by and visit the famous national parks and reserves. Of course, the most memorable among them are:

Regardless of the route of the cruise,travelers will certainly find themselves in the capital of Central and Eastern Siberian city of Krasnoyarsk. From here they start white ships, carrying its passengers toward adventure and vivid impressions.
In Krasnoyarsk tourists get acquainted with the oldcity ​​in which was born, lived and wrote his magnificent paintings Russian painter Vasily Surikov. In his house-museum in Krasnoyarsk you can see the earliest works by artists from all known and dated - "Rafts on the Yenisei."
No less interesting is a cruise along the Yenisei tour of the Krasnoyarsk hydroelectric power station and dam view it from the water.

Children's camps in Sudak in the summer. Children's ...

The capital of Kiribati: map, photo. What is the capital city in ...