How to fly from Nizhnevartovsk to Moscow? 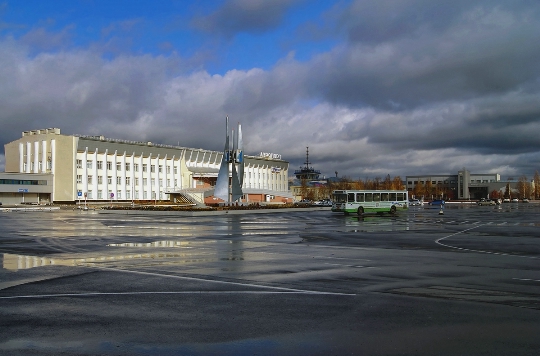 On holiday in Nizhnevartovsk you could spendtime in nightclubs, "The Pink Panther" and "Mirage" entertainment center "Elysium" ski resort "Trehgore" at the Komsomolsk lake and the Ethnographic museum complex named Shuvaeva and see the Church of the Nativity and enjoy singing fountain? And at this point you would like to get acquainted with the details concerning the flight in the opposite direction?

How to fly from Nizhnevartovsk to Moscow (direct flight)?

The flight from Nizhnevartovsk to Moscow last more than 3 hours (between the towns of 2,300 kilometers). So, on board the aircraft "S7" you will spend 3 hours 55 minutes, "Utair" - 3,5 hours.

When planning the budget will place it in the cost of air tickets Nizhnevartovsk Moscow - in May, April and September they will make 8800-12600 rubles.

In this regard, most frequently occurtransplant in Khanty-Mansiysk, Ufa, Novosibirsk, Tyumen, Osh and other cities. If the primary carrier will perform "Utair", your path will lie across the Khanty-Mansiysk (route takes 8 hours and 2 waiting flight - 3 hours). If the flight home from "Ural Airlines", you make a stop in Krasnodar (travel time - 17 hours, docking - 9.5 hours), Samara (on the way you spend 8 hours, and before boarding the flight 2 you will have 2.5 hours) or Ufa (path length - 28 hours docking - 23 hours). In addition, if you wish, you can fly to Moscow via Novosibirsk ( "Ir Aero", "Ural Airlines"), then you will find yourself at home after 24 hours (before transplanting 2 aircraft you will be more than 18 hours).

Service Nizhnevartovsk-Moscow flightengaged employees "Nizhnevartovsk" airport (NJC) - it is situated 4 km from the city (travel services - bus number 9, 31, 4, 15). Before departure home you can rest in a room for mothers and children, and waiting rooms, get rid of the feeling of hunger in food establishments, film wrap luggage and deliver it in a locker, go shopping. And if need be, you will have a care in the infirmary.

How to occupy yourself on board the aircraft?

The time spent on board the aircraft, you candevote meditation to help you decide which of the relatives to give gifts from Nizhnevartovsk in the form of vendace roe and delicious food from local fish produced in fish cannery "Santa Maria", ceramics, jewelry.