Home>Articles on Russia>How to fly from Izhevsk to Moscow? Flight time Izhevsk - Moscow

How to fly from Izhevsk to Moscow? Flight time Izhevsk - Moscow

How to fly from Izhevsk to Moscow? 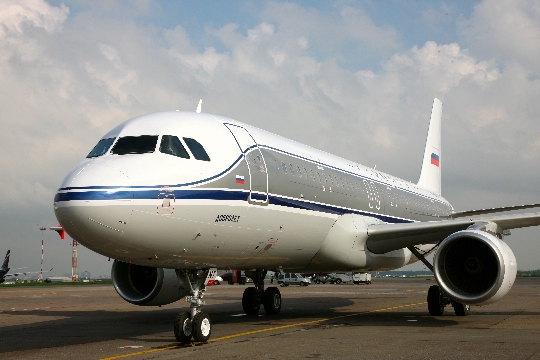 In Izhevsk, you could see Nevsky Cathedral,sit on a bench near the monument "Friendship of Peoples" and enjoy the night illumination, relax in the park Cosmonauts and the Kirov, have fun in the "Dinoplaneta" nightclubs "El Zebra", "residence" or "Velvet", visit the Izhevsk planetarium and museum of Kalashnikov , paintball club "Den" in the pool - in clubs "Old Boat" and "Malina", bowling - centers "Spark" or "Pharaoh"? A few days later you fly to Moscow?

How to fly to Moscow from Izhevsk (direct flight)?

From the capital of the Udmurt Republic to Moscow, you fly so far for2-2,5 hour (980 kilometers between the cities). For example, if a landing is planned in "Domodedovo", then "Izhavia" Your flight will last 2.5 hours, but with the "Rus Line" - 1:00 55 minutes.

Ticket prices Izhevsk-Moscow is about 7600 rubles (in May and August, the price goes up to 6500 rubles).

When choosing airlines notethe following carriers that deliver their passengers to Moscow for the Yak-42, Bombardier CRJ 100/200, AN-72 and other airplanes, "Izhavia"; "Red Wings"; "Rus Line"; "Ak Bars Aero".

Departures from Izhevsk to Moscow made of"Izhevsk" Airport (IJK), remote from the town 12 km (you can take the bus number 331). Before departure, travelers will be offered a break in the waiting room, a meal in a small cafe, to buy newspapers at a kiosk "Rospechat" to acquire the necessary things in a few points for the sale of different products, spend time in a room designed for mothers with children, take advantage of free Wi-Fi, withdraw cash from ATMs in one.

How to occupy yourself in flight?

In the airplane you would think someone from relativesto present the gifts from Izhevsk in the form of models of weapons, hunting and tourist knives, original candles made by hand (in the form of fruit or Christmas toys), vodka "Kalashnikov", folk art items (patterned weaving, multicolor embroidery, wooden boxes, carved sculptures in wood ), tapestries, articles of Ural stones.