Children's camps in the Tver Region 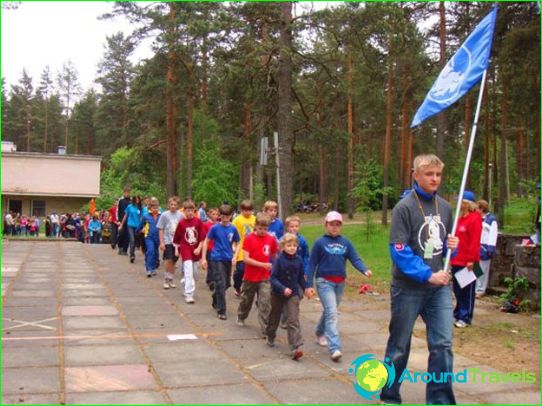 Rest in Tver region - it is always greatpleasure and benefits. Today, on its territory there is a large number of children's camps and sanatoriums. Tver Region is located in the west of the East European Plain. Previously, she was designated as the Tver region and Tver land. Administrative center of the city of Tver. Children's camps in the Tver region are invited to school year-round. Many of them work round the clock.

When possible a good rest

The climate is temperate continental. In January, the average temperature is equal to -9 degrees and 20 degrees in July. In connection with such weather conditions are possible interesting vacation in summer and winter. Winter in the Tver region lasts for a long time - from November to early April. It allows you to organize a fun winter vacation for children of different ages.

Children's camps in the Tver region - isan opportunity to get a real Russian heartland. In total one hundred and fifty kilometers from the capital - and you're enjoying the views of the native Russia. In the heart of the country's students can see ancient city with ancient architecture, picturesque nature, traditional crafts. All this is in the Tver region. Local beauty presented natural forests, clean lakes and rivers. To see the sights of this wonderful edge you can, going to camp in Tver.

Features of the Tver region

Tver situated on the banks of five rivers. It has an original plan, which has counterparts in Rome, St. Petersburg and Versailles. The city center is built in accordance with the "beam up". See the masterpieces of architecture Tver eager travelers from all over Russia. Great Volga River begins in the Tver region. On the vast territory of the region it discovered more than 600 lakes and more than 800 rivers. Therefore, Tver region can rightly be considered the center of Russian water tourism. The most famous here is the lake Seliger. This region abounds in natural springs of mineral water. In its medical facilities are used for drinking and medicinal baths. Local resorts specialize in diseases of the digestive system, circulatory, nervous, and musculoskeletal systems. The health camps and children's sanatoriums offer mud treatments. In winter, in the Tver region is popular for children active holidays:. Cross-country skiing, snowmobile riding, snowboarding and other winter Nature Tver Region is very beautiful, so trips to the winter school holidays are very popular.

Photos of children's camps in the Tver Region