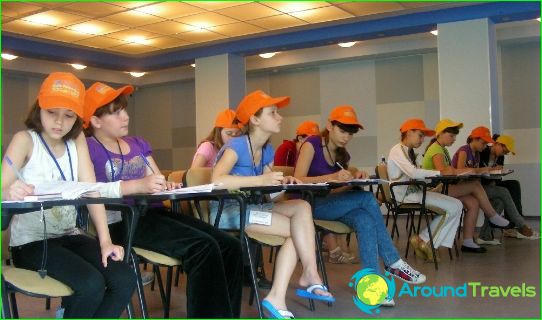 Tula is one of the most economicallydeveloped Russian cities. The development of tourism is given close attention. The city has a great opportunity to organize educational and recreational holidays. Children's camps in Tula presented various day care centers, health, language and sports camps.

The development of tourism in Tula

Tula - a city-hero who has a lot ofinteresting monuments and attractions. The city occupies the northern part of the Central Highlands. Tula south of Moscow is 170 km, on the banks of the picturesque river Upa. Resting in summer camps, students attend excursions, expanding their horizons. Tula - the ancient city with a long history. The first time it is mentioned in the Nikon Chronicle, which refers to the 1146 cultural heritage of the city is a great historical value. On the territory of the capital city of Tula region is situated over 300 unique objects. Among them there are monuments of urban planning, architecture, archeology and history. Tula became famous in three main areas, the roots of which go back centuries: gingerbread, samovar and weapons.

A popular form of recreation for children

Children's camps in Tula enablediscover the history of this area. Especially popular are the camp in the summer. During vacations the students relax, play and have fun. They restore health and to recruit new forces before the school year. Organization of children's activities in the Tula region paid much attention. The camps serve an important function of education and improvement of the rising generation. The city annually wellness summer camp day stay. They invite, mostly of primary school age children. The main purpose of the camps of the program is to create favorable conditions for quality recreation for children, strengthening students' health and their all-round development.

Photos of children's camps in Tula

London for kids - something to see. Where ...