Moscow 3 days: where to go in Moscow 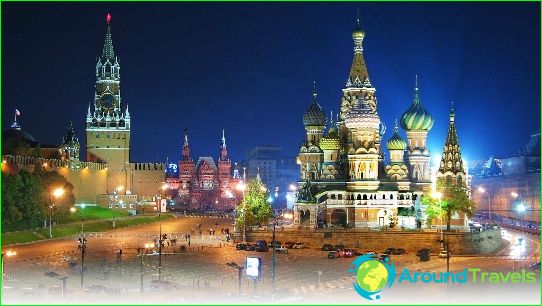 Going to the Russian capital for leisure orBusiness, city visitors eager to see all the major sights of Moscow. List of memorable places worth visiting, really huge, and therefore the whole of Moscow for 3 days - a huge project, but very interesting.
UNESCO, the Organization has made several capital objects in the register of World Cultural Heritage:

For our younger brothers

The ideal continuation of the tour "Moscow 3day "can become a walk through the capital's zoo. It has a 150-year history, and its enclosures are more than 1,100 species of animals. Founded in 1864 by the Imperial Society of acclimatization of plants and animals, the zoo has become a real museum in the open air.
Among the most popular expositions of the Moscow zoo - a giraffe house and Dolphinarium, birds of prey and rock elephant, African ungulates and large pond.

The brainchild of Pavel Tretyakov

Excursion to the State Tretyakov Galleryoften becomes another important point for exploring the sights of Moscow for 3 days. Founded by merchant Pavel Tretyakov in 1856, the museum has a worldwide reputation as one of the largest collections of paintings.
The most important work of all storedin the Tretyakov Gallery, highlight the difficult, but the most monumental - "The Appearance of Christ to the people," Alexander Ivanov, and "Morning in a pine forest" Ivan Shishkin. Admirers of icon of the genre come to the gallery to see the "Trinity" by Andrei Rublev.

Holidays in the UK in October: prices and ...