Articles on Russia
by Leslie 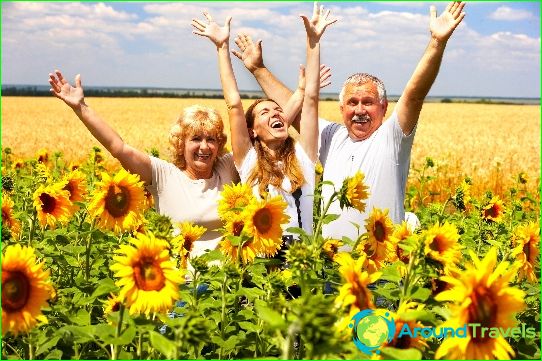 The population of Russia is more than 143 million people (the population density - 8 persons per 1 km2).
National composition:

The official language on the territory of the RussianFederation is Russian, but since Russian - a multinational state, which is home to around 130 nationalities, here speak more than 150 languages.
According to the Constitution, the Republic of the RussianFederation may declare their own state languages, for example, in Karachaevo-Cherkessia such languages ​​are Russian, Cherkess, Karachai, Nogai, Abaza.
Residents of Russia are representatives of the 4 majorlanguage families: Indo-European (Russian, Belarusian, Ukrainian), Altai (Tatars, Chuvash, Kalmyks), North Caucasus (Chechens, Ingush, Avars) and Urals (Komi Mordvinians, Udmurts, Karelians).
Large Russian cities - Moscow, St. Petersburg, Novosibirsk, Yekaterinburg, Nizhny Novgorod, Kazan, Samara, Rostov-on-Don, Omsk, Perm, Ufa, Volgograd.
Living in Russia, profess Christianity, Islam (Islam) and Buddhism.

Men's life expectancy is on average 69 years, and women - 73 years.
High mortality of men is due to smoking and excessive alcohol consumption. In addition, a large role is played by stress, dissatisfaction with their work-life balance.
Russian Residents mostly die from respiratory diseases, cardiovascular diseases and cancer.

The traditions and customs of the Russians

The Russian people have a rich culture andtradition, and is famous for its colorful folklore. Many of the traditions and customs of Russians linked to the commemoration of calendar holidays and rites in accordance with the sacraments.
An interesting custom is to celebrate the church holiday of Easter - people bake cakes, cheese and paint Easter eggs (on the eve of the holiday in all the churches held services).
And in the morning I decided to go for the guests to share refreshments and saying: "Christ is Risen!" - "Truly He is risen!"
No less interesting wedding traditions - decided to buy a bride to take part in various competitions and search for "kidnapped" young wife.
As for the birth of children, they should not see strangers, until they are 40 days, so guests are not invited into the house after this time.
Russia has huge areas, difficult to access areas, a variety of languages ​​and cultural traditions, but, despite all that, Russia and its people - one, full of vitality and energy.

Holidays in Mauritius in November: the prices and ...

Bus tours to Georgia. The cost of bus tours ...