Home>Articles on Russia>Moscow Shops. Shopping centers and markets in Moscow

Shops and shopping centers in Moscow 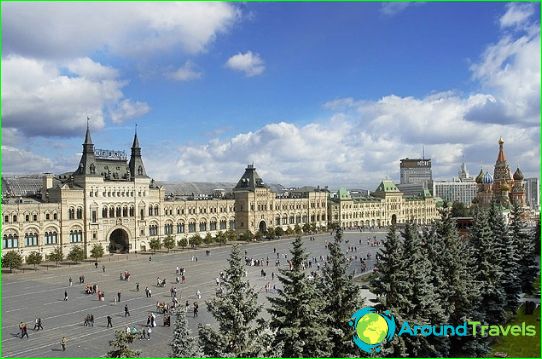 No matter how many times the guests of Moscow have not spent it,Time will always be missed. A huge city, huge distances. It is necessary to have time to do all the planned business, think about the cultural leisure. Really is a day for shopping? Then you must know exactly what you want to buy and where.

One of the main values ​​in the shoppingmetropolis - finding ways to store on your route today's movement. That is why some of the most underground stations are shopping centers where you can buy everything necessary for living and recreation goods. Arranged such centers the same type - shops with clothes, shoes and accessories brands middle price segment, a bit of electronics, some trifle, a supermarket, a food court, a movie theater. Brands roughly the same. The main difference - the size of retail space. In the suburbs, the problem of space is less acute, so the choice of goods, for example, in "Mega Teply Stan" or "Mega Khimki" much better.

In a city full of expensive central streetsboutiques and department stores. List mass stores simply impossible. You can try to name the streets that should be a walk in search of luxury. It Tverskaya Stoleshnikov Lane, Petrovka, Yakimanka, Malaya Bronnaya, Nikitskaya, New and Old Arbat.

Two of the most luxurious department store GUM and TSUM capitalIt is known to every citizen of the country, but not everyone they visited. It's not just shops, are objects of historical heritage. They each have their own history, which is closely associated with the history of the state. They carry out cultural events, shows and exhibitions.

Holidays in Slovenia in June: prices and ...