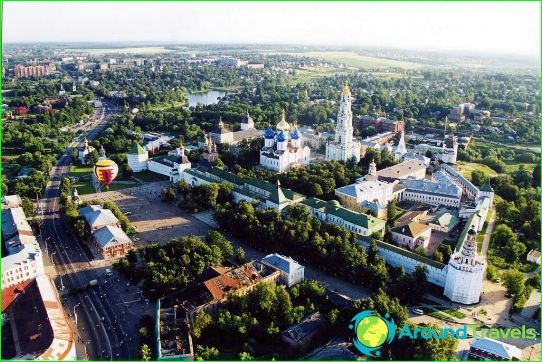 Sergiev Posad - an ancient city locatednear Moscow. Many residents of the capital and other cities of Russia seeking to visit the best sightseeing in Sergiyev Posad to see the ancient architecture and enjoy the spirit of antiquity.

The main attraction is theTrinity-Sergius Lavra, which has allowed to consolidate the title of Sergiev Posad Russian Orthodox capital. However, not only this attraction deserves the attention of tourists. Sightseeing tours in Sergiev Posad allow us to understand, for what should be a walk the streets and which buildings need to pay attention, so they are often the initial stage of a close acquaintance with a small Russian town.

The most famous attractions of Sergiev Posad

During the tour you can visit the Bloc and Vvedensky Church, Chapel Pyatnitsky well (XVI century.) (XVII -. XVIII art), Museum of toys.

The most beautiful places in Austria - photo