Home>Articles about Saudi Arabia>Coat of arms of Saudi Arabia: a photo, a value description

Coat of arms of Saudi Arabia: a photo, a value description

Coat of arms of Saudi Arabia 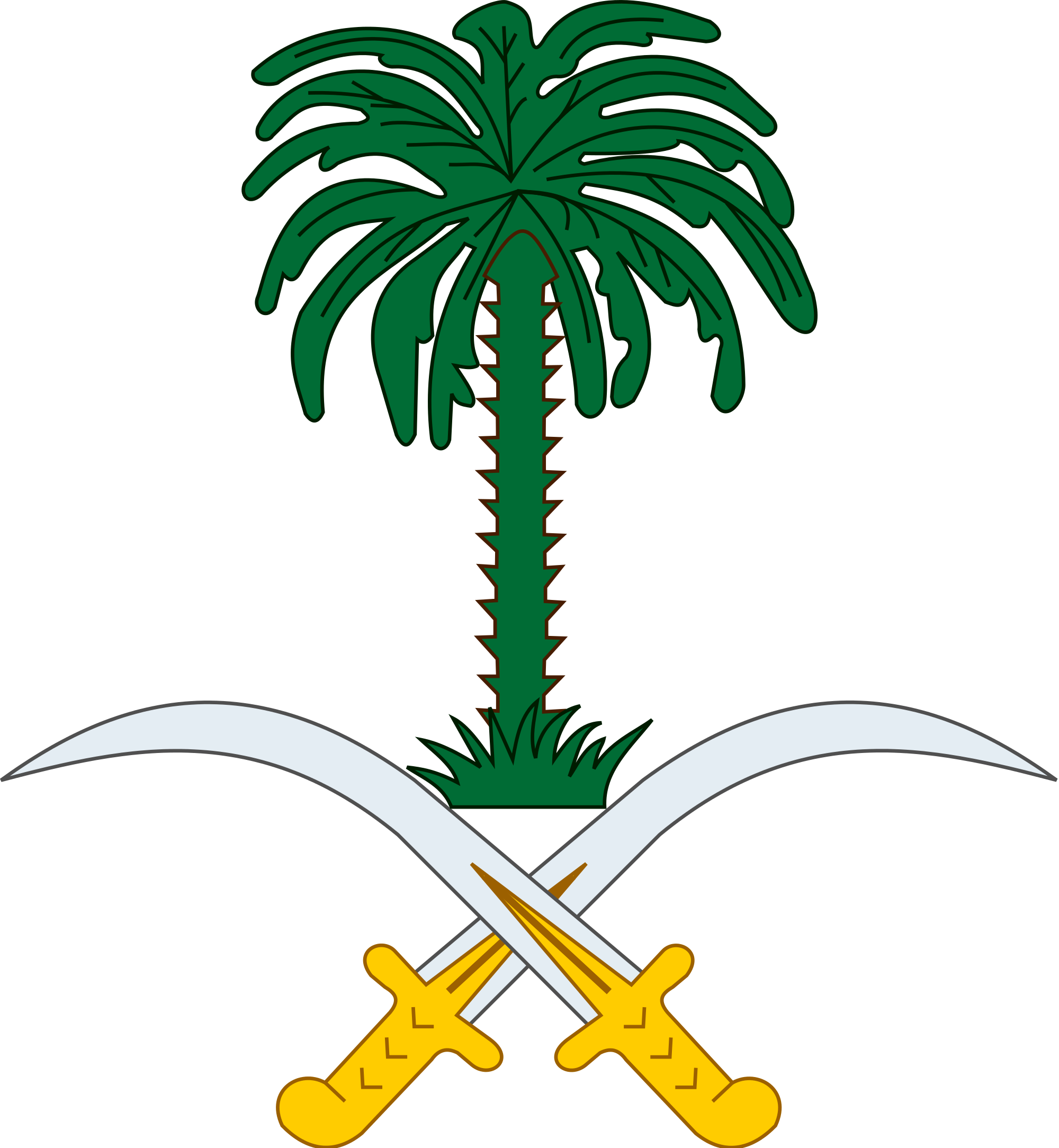 This emblem is a palm with twoswords. Palma - the main tree of the Arabian countries, swords - two kinds, once founded Saudi Arabia (Al-Saud clan and the family of Al-Sheikh). Coat of arms of Saudi Arabia and is also on the flag of the country. Approved by the coat of arms in 1950.

What is edged weapons on the arms of Saudi Arabia

The presence of cold weapons (in this case, swords)It is not new to heraldry. Two crossed swords on the main tree of the country - a palm tree - a symbol of justice, stability, endurance, self-sacrifice. It is also a sign that everyone in the country is ready to selflessly fight for justice and independence, and freedom. Like a confirmation of this - the state statistics which show that in the country - the lowest crime rate in the world.

Coat of arms of the Arabian countries, as well as its flag,strongly associated with the Islamic tradition. Among other things, it is connected with the arms the motto of the country, which coincides with the main Muslim postulate, the symbol of faith: "There is no god but Allah, and Mohammed - his prophet." The coat of arms, as well as the flag is used holy for every Muslim green. The coat of arms is also associated with the peculiarities of the climate of the country, in particular the fact that the most beneficial in these conditions feels it is a palm tree.

As already stated, Green - Chieffor Islam. He chose for himself the Prophet Mohammed. This color is selected in the arms of another reason, which is reassuring, the color of life. It is also a symbol of the oasis on the background of a dead desert. In addition, the Qur'an says that the heavenly gardens - oases - and green. Those who truly believe in Allah, will be served by the young men, dressed in green. This color in the coat of arms - a reminder of this.

Green - a holiday. It can not be used, for example, the carpet in order to avoid walking on it feet. But for the coat of arms he was the most suitable and Islam does not prohibit the use of such colors in heraldry. I must say that everything is green, like Allah. So it will certainly please and coat of arms.

The duty of every citizen of the country - hold sacred emblem, to prevent its desecration. Disrespect to it is a serious crime and a sin for which follow a strict penalty.

Rent a car in Morocco. Car Rental in ...