Home>Articles about Serbia>Bus tours to Serbia. The cost of bus tours through Serbia in 2016

Bus tours to Serbia. The cost of bus tours through Serbia in 2016 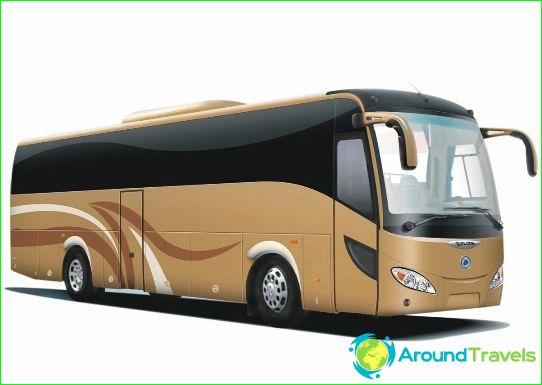 Tourist interest in Serbia, and in general to theBalkan countries is growing. After all, here magnificent roads and reasonable prices. It can be wonderful to spend your vacation. To do this, you can see this possibility as bus tours to Serbia. Balkan countries in general are rich in cultural heritage is not one nation, but a few, who for centuries live here. Marvelous nature with pleasant for our temperate continental climate, as well as intuitive to many Slavic language increases the interest in such tours. But for most of us, the most important thing - the warmth and hospitality of the people, their sincere attitude towards Russia. Excellent food here and, despite the fact that it is inexpensive. But it reflects a mixture of eastern and western traditions. Serbia - practically an ideal place where one could go by bus.

The capital of the country - Belgrade. Once it was the capital of Yugoslavia. This city stands at the confluence of the rivers - the Sava and the Danube, it is as if the past and the future. That only is a medieval fortress of Kalemegdan, especially if you tell her intriguing story connected with the borders of East and West.

At the same time, there are numerous cafes,fantastic nightlife. Belgrade will surprise everyone. If you are interested in history, you have a lot of local guides you will be able to learn about the life of famous personalities, as the inventor Nikola Tesla or Yugoslav leader Josip Broz Tito.

Serbia has a rich religious heritage. Serbian monasteries and still have an active and important position in the spiritual life of the people.

No trip to the Danube tour of Serbia willincomplete. With the Danube connected virtually all of the country's history. This impressively beautiful river, and you will have to change seats out of the bus on a small boat to appreciate the waterway.

It is impossible not to visit the powerful fortification Serbia - Golubac fortress. That's really where there is the spirit of the Middle Ages!

Embark in Vojvodina. This semi-autonomous region has always been more influenced by Austro-Hungary, the Ottoman Empire than that held sway in the more southern parts of Serbia. And Western influence is clearly reflected in the architecture. There are magnificent city of Novi Sad and Subotica, are more reminiscent of Central European and not Turkish.

Photos of bus tours in Serbia

The national drink of Malta. Alcohol in Malta: the price, ...

Airport Stuttgart: diagram photo. How to get ...