Home>Articles about Serbia>Coat of arms of Serbia: a photo, a value description

Coat of arms of Serbia 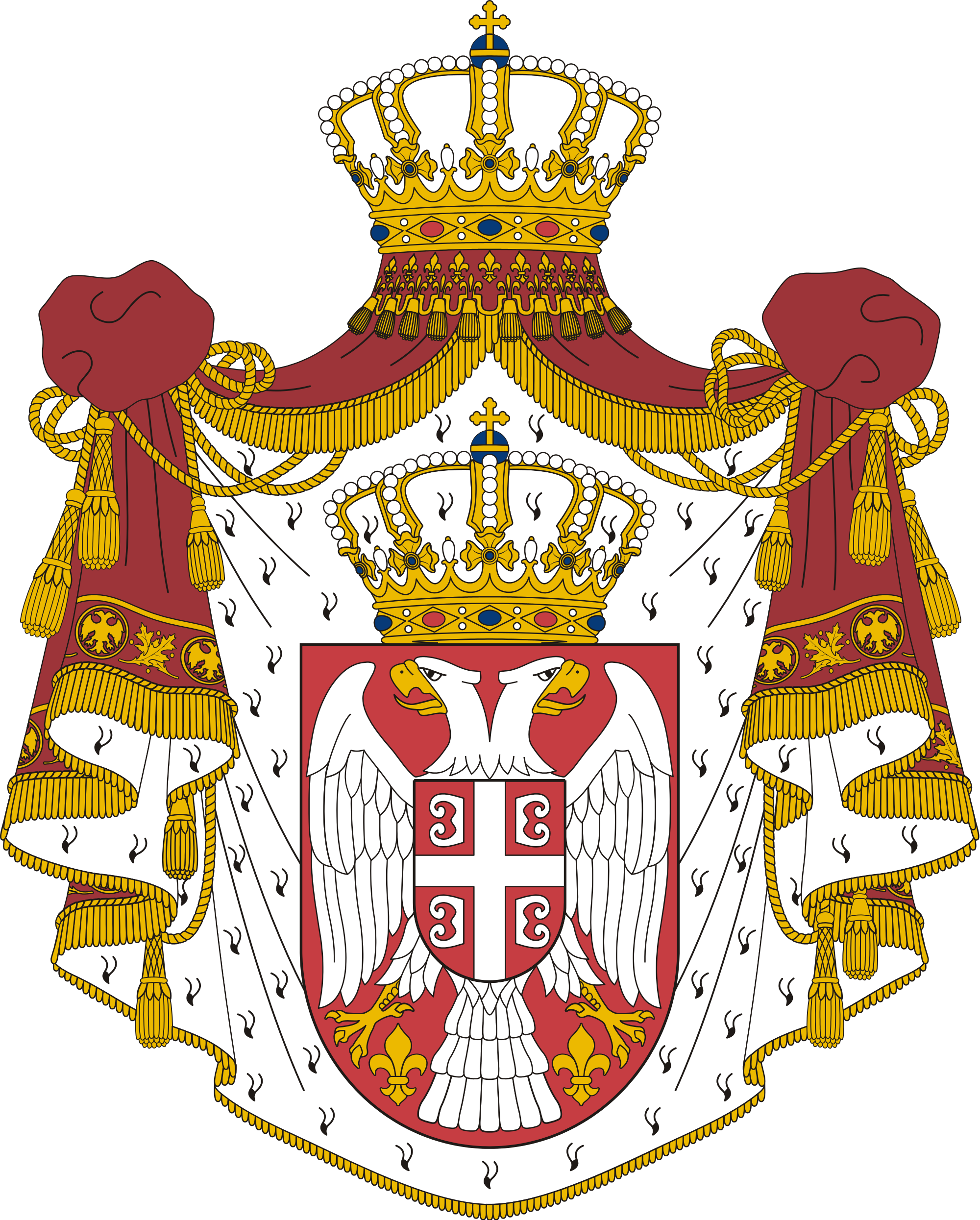 It is understood that this tiny territory, justrecently received independence, and previously it was impossible to dream of their own national emblems. Close has always been more powerful, aggressive power or empire, prefer to have neighbors in his own vassals. Therefore, the coat of arms of Serbia, as well as its flag appeared recently, as the main characters of the new European independent state.

Once Serbia was part of Yugoslavia, andI had the official symbols of the Federal Republic. The disintegration of the Yugoslav state allowed to enter the political arena several new powers. Each of them strives to witness their independence, through various means, including demonstrating the new (old) state symbols.

Modern Serbia now has a large andsmall arms, the difference between them - in detail. The main national symbol of the country - is the collection of heraldic colors and ancient characters, among which are: dark red shield; Silver double-headed eagle; royal golden lilies; two crowns; purple gown, lined ermine fur.

On the small Serbian emblem is not the topcrown and royal robes. Another is a small shield on the eagle's breast, the field is colored in dark red shield, the so-called Serbian Cross depicted on it. The image of the modern state symbol is identical to the coat of arms of the Kingdom of Serbia, adopted in 1882. According to the Serbs themselves, the introduction of this emblem does not mean the return of the monarchy, only demonstrates loyalty to the historical traditions.

The stylized image of a bird of prey onSerbia's official symbol is actually quite difficult to repeat, the artist must be good to consider, because to be a certain amount of feathers and series. For example, on the neck of the eagle - four rows each having seven pens. Each wing also four series, but the number varies feathers, tail - three rows again seven feathers in each row. The same goes for the crown in the first place, it is a golden color, and secondly, decorated with precious stones, among which 40 grains of white beads, 8 blue sapphires and 2 red ruby. The royal headdress crowned by a cross. Crown large coat of arms is identical piece, located on a small coat of arms, but has a greater number of sapphires.

Use a large coat of arms may be the country's president, prime minister and members of the Serbian government.

Croatia Flag photo, history, the value of the state flowers ...