A trip to Serbia

A trip to Serbia 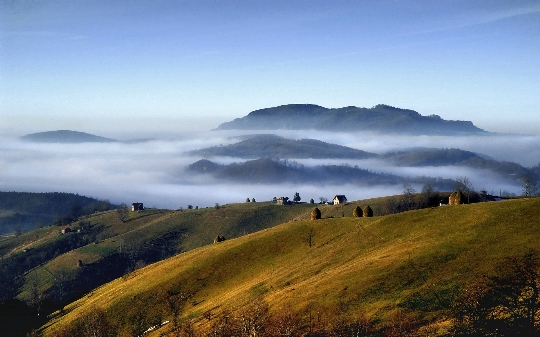 A trip to Serbia will certainly be remembered for a very long time. But everything to go "with a bang", it is necessary to know how it's best to move on the territory of the country.

In Belgrade you can take a ride on the buses,trolley buses, taxis and trams. There in the capital and a network of suburban routes. It includes 6 lines connecting the center with the suburbs. In order not to overload the city center, railway tracks here are underground. There are even two underground stations. The difference of suburban trains of subway lines are cars (here we use the usual) and adherence to timetable.

In provincial cities the main waymovement are buses. But we must be prepared for the fact that most of them pretty shabby. Tickets can be purchased at the newsstand. Coupons simply punching in the entry. Directions can be paid and the driver, but be prepared to pay a premium almost doubled.

Another embodiment of a convenient and inexpensivearound the city. But be careful, because the taxi drivers taking advantage of ignorance of the terrain, cheating tourists. Therefore be sure to get a map of the city to at least roughly know the route of movement.

By the way, a taxi will cost slightly cheaper by about 20% than when catching the car on the street.

As such, domestic air traffic in Serbiano. After Montenegro gained independence, flights Belgrade - Podgorica and Belgrade - Tivat were considered international. The main complex of the country, while the airport Nikola Tesla is 18 km from the city center.

This railway is the main mode of transport, if you want to move from one city to another. Railroad tracks connect all major cities of Serbia.

In addition, the country can be reached by train in Croatia, Montenegro, Hungary, Bosnia and Herzegovina, Romania, Russia and some other countries.

Rent a car is easy. The main thing is to carry a driver's license of international standard. Also, you should be filled with the full 21 years old. Also required to leave a deposit.

If you decide to come to Serbia on its cars,then on hands must be "green card." So-called international driver's insurance policy responsibility. Make it can also be directly on the border when entering the country.

Visiting Kosovo on the border from youIt requires registration of the document, resembling our CTP. It operates within two weeks. The cost of 50 euros. If you are not willing to pay even a single insurance, entry will be denied.

The cost of living in Australia