Home>Articles on Singapore>Coat of arms of Singapore: Photos, value, description

Articles on Singapore
by Kristi 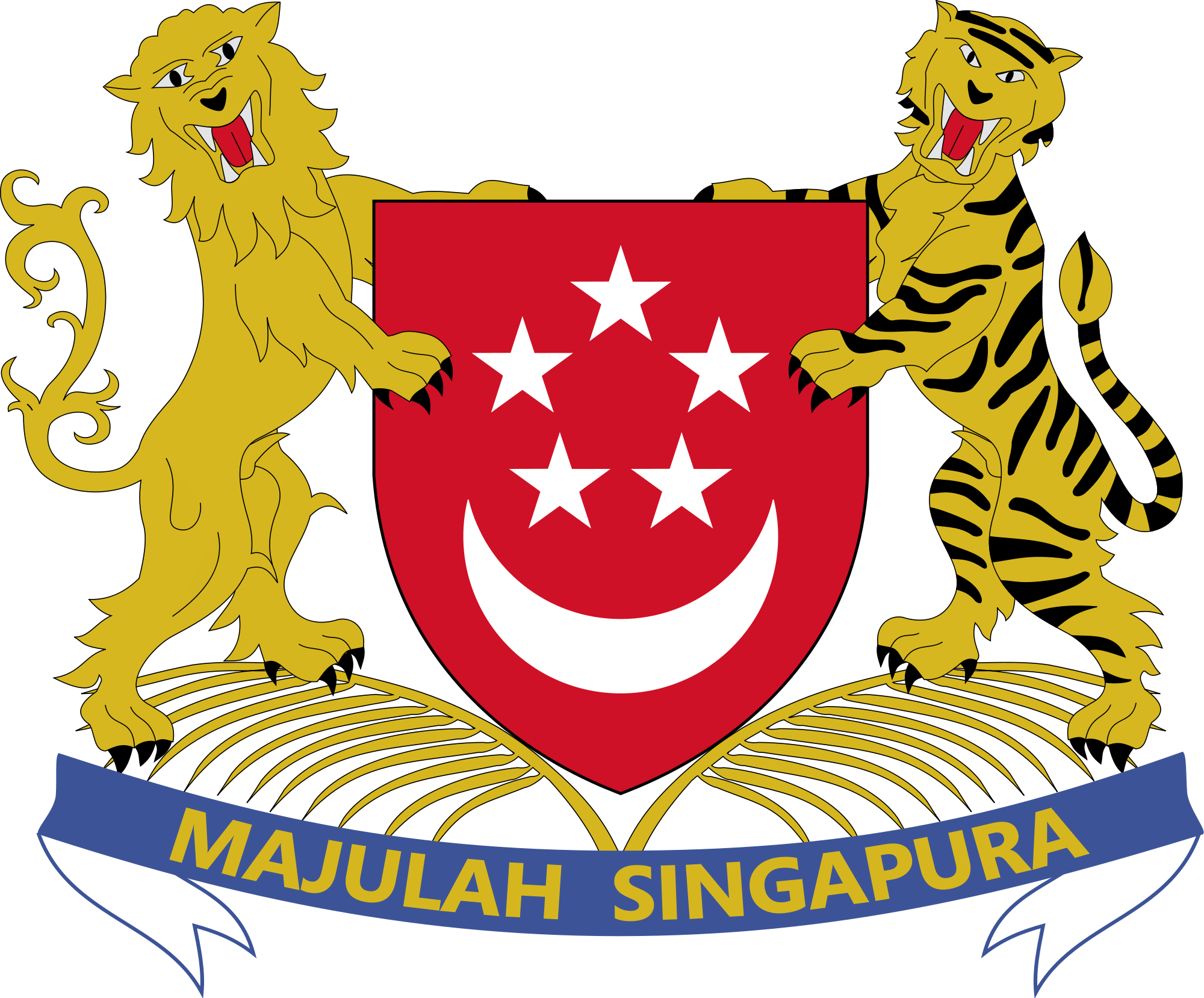 Many countries in the world receive governmentcharacters together with independence, change the status of colonial territories. Singapore coat of arms was adopted in 1959, while the country was part of the great British Empire, but was self-government.

In 1959, in addition to the official symbolCommittee, which was headed That Chin Chai, Deputy Prime Minister of Singapore, were adopted anthem and flag. Emblem has not changed since independence and remains the main symbol of the state.

From 1963 to 1965, Singapore was part ofFederation of Malaysia, the emblem of the unified state consisted of the emblems of all countries included in its composition. After leaving the federation Singaporeans returned the former coat of arms in 1959, and have never parted with him.

Description of the coat of arms of Singapore

The main symbol of the state is based on the bestEuropean heraldic tradition, in particular, used the following elements: a shield; Supporters; Tape with an inscription. At the same time it should be noted that in the picture is an Asian flavor, selected a very interesting colors.

The central place is given to scarlet shield. It depicts a crescent moon and stars. Crescent is original, horns top, above its five-pointed stars, which form a symbolic circle, or rather a pentagram, because their number is five. The celestial objects are presented in a silver (white).

Supporters are the carnivorous fauna of the East - the lion (left) and Tiger (right), with natural coloring. Animals rely on hind legs Palme.

The following composition is placed azure ribboncolor with a silvery underside, which is written the motto (in Malay). Translate it can be as "Onward Singapore", indicating that the larger plans of the country, its people and the aspirations of the future.

The symbolism of the coat of arms elements

The main elements of the coat of arms of the country have a deepsymbolic meaning. The crescent is a symbol of a young, growing nation. Each of the five stars - a national ideals, which must strive to citizens. Among the ultimate goals of the ideal state - equality, justice, peace, progress, democracy.

Leo acts as a symbol of Singapore, TigerIt recalls the close historical relationship with Malaysia. An interesting fact that the slogan drawn on the coat of arms is the same as the name of the national anthem of the country.