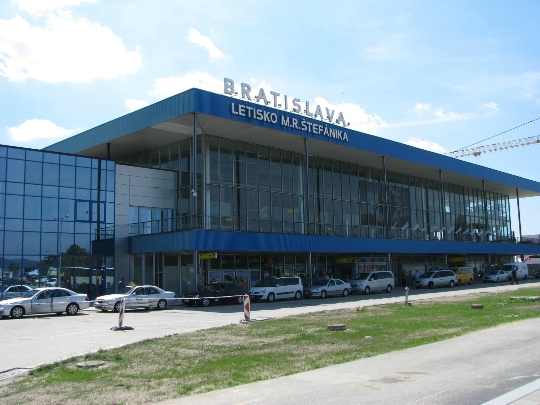 The European Slovakia does not occupy the first rows intravel ratings, but its amazing nature and cultural and historical heritage attracts travelers who prefer medieval architectural landmarks and inexpensive ski resorts in the noisy crowd in the popular capitals of the world. At airports, the Slovak lands a lot of fans of ancient castles and leisurely walks in the surrounding mountain scenery.
Russian tourists can get to SlovakiaWings airline UTair direct flight and with connections - on planes of other European carriers. The path takes from 3 hours depending on the selected route.

The international airports in Slovakia

In the Slovak airports listed more than a dozen geographical features, but in addition have international status of the capital, only two:

Slovakia Bratislava airport is named after MR Stefanik and is located 9 km north-east of the city. The nearest major European airport in Vienna - about 50 km.
The first regular flight from Prague was opened here in 1923, and today a modern terminal, rebuilt in 2012, and a reliable runway - a subject of pride bratislavtsev.

Get in Bratislava just easier to busRoute 61, following from the terminal to the train station in the center. The bus runs 24 hours a day. In Vienna, every 45 minutes a bus that delivers passengers to the center of the Austrian capital through its airport.
Taxi available at the output of the terminal. Parking at the airport in Bratislava is possible on short and long term. The price of parking a car at night - 20 euros.

The streets of Hamburg - a photo, name. List of well-known ...

Christmas in Israel, traditions, photo. As the ...