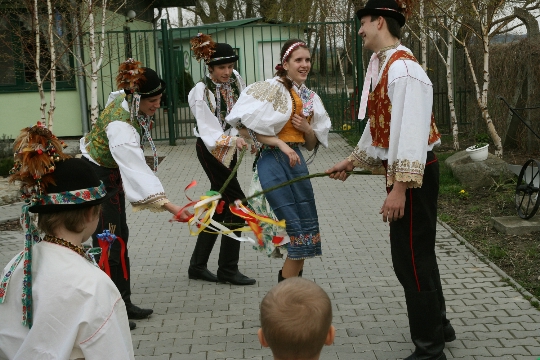 The Slovaks have always lived in close contact with natureand their basic beliefs and celebrations today focus on the change of seasons, trees, animals and even the weather. Old traditions live in Slovakia today, because its citizens with the same awe and wary of his past, rightly believing that without it there can be no future.

Each village - according to the custom!

Among Slovak traditions, there are manythose that are known only to the inhabitants of a particular region, but still the bulk of local customs is a nationwide scale. The most favorite Slovak festivals are celebrated the world and they are equally loved by children and the elderly:

What are they, the Slovaks?

The locals were more than nine centuriesunder Hungarian domination, but have not lost their own language and customs. This gives them the right to be proud of the national culture. Do not compare the Slovak language with other European and allude to their phonetic similarity - so it is possible to hurt the country resident in earnest.
Slovaks are proud to present themselves and theirNational wine. Located on the border with Hungary viticulture region provides a wonderful beverage that is not inferior in its taste the famous Tokaj. Book for dinner or for lunch and a bottle of local wine waiter in any restaurant imbued with genuine respect for you.
Were among those invited to the countrysidewedding or anniversary, take the time to visit the celebration. Slovak traditions and national character will provide you with the mood and the most positive impressions of the visit to the country.

How to fly from Tyumen to Moscow? Time ...

The suburbs of Prague - a photo, what to see